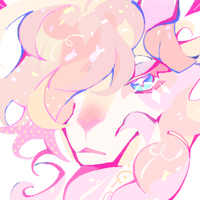 -    Everything else is common

Sexuality: in his words "fuck labels if I'm attracted to you I'll flirt with you"

Charismatic: Alabaster is a very charming dragon. He is friends almost immediately with anyone he meets. He is more than happy to pay for a drink or two and chat.

Smart: He is incredibly smart. Most wouldn't think so of the debauchery prince but he knows how to manage his expenses, how to run a huge resort and manage thousands of guests at a party, and how to get the best out of a deal. The guy is very capable and underestimating him is a very bad idea.

Relaxed: Alabaster rarely ever appears stressed or ruffled. He has an easy nonchalance and looks as though nothing ever bothers him. It pushes the buttons of his enemies who can't seem to make the Runicwing look upset.

Extravagant: Alabaster will pay a lot for material things. His tastes are expensive and luxurious. He wants the finest things and loves to display them for all to see.

Sensual: He is always very meticulous in ensuring he smells good. He often rubs sweet perfumes or rose oil onto his neck and chews on myrrh. He very much enjoys every one of his 5 senses and detests anything that offends them.

Apathetic: He doesn't care a whole lot what happens to others. Outside wanting his resort guests to have a good time he isn't interested in other dragons problems.

Hedonistic: Self-indulgent to an extreme. He greatly enjoys the physical pleasures. Good food, booze, and partners. He's even been known to party for days without rest.

Sadistic: Alabaster does enjoy the pain or humiliation of others. He clamps down on it but there are times he can't help but cause just a little bit of humiliation or pain.

Alcoholic: Self explanatory. The guy drinks  A  L O T.

Dangerous: You wouldn't think of Alabaster, life of the party and charming resort owner, as dangerous but he is. His danger is a different sort from someone who would cut you with a knife. He will tempt you into a spiral of hedonistic pleasures and by the time you realize how truly dangerous it is, it's too late and you don't want to go back. There are guests who never leave the resort. Some who party and drink so much it kills them.

Alabaster owes a very large resort and can often be found intermingling at parties within the resort or at its famous bars.

He created most of the signature alcoholic drinks served in the resorts bar.

Has a crazy high tolerance and could drink a just about anyone under the table and probably has multiple times over.

His resort is called Mistygrove.

Sight: Alabaster loves beautiful things. He loves seaside meadows, a neon city at night, verdant forests, fancifully decorated palaces, desert oasises. He can spend hours with his partner praising them for every scale on their body.

Hearing: He enjoys music and loves the noise of a loud party. He likes the sound of a breeze, windchimes, the low murmur of conversation,  the clink of glasses, and running water.

Smell: He likes good smells. The smells of flowers, the sea breeze, sweet desserts, smoky fire. His favorite smell is unknown and for someone difficult to flustered he goes oddly red when asked. He smells of alcohol, roses, myrrh, and something sweet.

Taste: Good food and alcohol pretty much sums this up. He is picky with food and only allows the best at his resort. Alcohol on the other hand? He definitely prefers his favorites but he certainly won't pass on that terrible moonshine someone just passed him.

Touch: Alabaster's love language is touch. He is very very touchy. He likes to lean on people, throw an arm over them, place his head on theirs, in general just completely destroys your personal bubble. He'll stop if told that it makes them uncomfortable but he does forget sometimes. That doesn't just go for people either. He's like that child you fear taking into a museum. He wants to touch everything. That statue, this bottle, those gold chains. Gotta touch it.