What, scared of the dark, you say? Just spend some time with me you c-cutie~~ I promise that fear will be far-fetched if you see the beautiful glow of the spots on my body! I'll be your own personal nightlight! I-I mean, h-hey, don't look like that...! 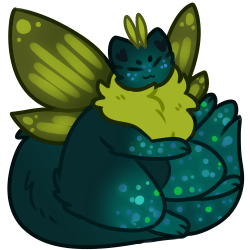 I am really laid back and kind of go-with-the-flow, but I will never do anything that I don't believe in.

Glynn is a pretty laid-back person and gets along with others fairly well. Because he tends to "go with the flow" he often gets dragged along to quests and parties, happening to make a few friends along the way. He acts confident and sometimes even flirtatious, although most of these attempts are met with little to no success. Even his own words make him embarassed at times, so he'll often say something and then almost immediately start blushing because he hadn't stopped to think it through.

Despite a somewhat successful attempt at displaying a self-confident and indifferent persona, Glynn does care very much about what others think of him and is almost always anxious about saying or doing the wrong thing. The only thing that he is definitely confident about is his looks; he really likes his glowy spots! Despite his love for snoozing when he's off questing with Bluma or one of his siblings, he does enjoy the feel of the adventure. He's just under the impression a snooze on its time is very important too.

One of Glynn's favorite pasttimes is waiting until night to venture out into Aldora's fields and capture fireflies in glass jars. He loves the "thrill of the hunt" and admires their beautiful glow before letting them free again. Sometimes he keeps them in a jar and uses it as a nightlight so he can read or doodle. He's also begun to branch out in collecting other bugs, mostly butterflies or any other bugs he happens across. Of course, he always sets them free when he's done taking notes on them.

His mother is the beautiful Blossom, therefore Glynn does not believe in the superstition of soul tufts, because his mother is the greatest and sweetest person alive. He has however been shunned by some cats for the facts his mother carries 'bad omens' in form of the soul tufts. He's learned to ignore it, be bigger than it, but has to admit over the years it did leave its mark and is perhaps a reason for why he often feels so anxious.

He currently has three siblings through Gin, his mother's current love interest, and tends to spend time with them whenever. He doesn't have a job, but does collect bugs, takes pictures of them and tries to see if he can get money through that. Otherwise, he often offers himself up as a light for people who want to explore in the dark/nighttime. It's not much, but he gets by. Aside that, he wouldn't know what he could do. 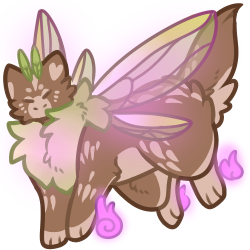 Blossom is the most gorgeous cat in the whole of the universe, if one asked him. His mother has the warmest and kindest heart, and he's certainly had an eye open for that new love interest of hers! He's always felt safest in his mother's presence and feels like he needs not hide any secrets from her. He doesn't believe in superstition, due to his mother's soul tufts, which he loves watching, from little kit on.

His best friend in the whole world. They met, connected, sparked and ended up going on many adventures together. Even though it was mostly Bluma yanking him along because 'Your glow is handy during nighttime and in caves'. He happily complied with her wishes though, and despite their banter it is visible they care a lot for one another. Glynn considers Bluma his closest friend and would do most anything for her. She can be a pawful, but he swears up and down she's got a good heart and she's worth it all. 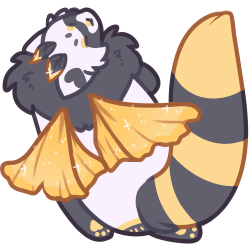 He's still unsure how to feel about the other, but accepts that the other cat has a good heart, despite his somewhat serious ways. What a BALL of energy. Was he ever that energetic when he was her age? He didn't think so. He didn't hope so, poor mother. At times it is amusing to see Delphi dash about, but sometimes Glynn just ... Gets tired by only looking at her. There are times when he will come adventure together with her and Miyo, especially when they need some light, but mostly he keeps to himself. 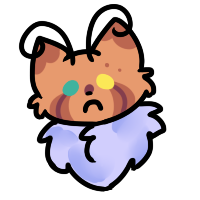 He likes Cammy, especially likes the other's cloud mane, too. Finds it intriguing that at times small sparks can be found in it. He's still not quite sure how to feel about the other, but knows that he considers him part of the family through Gin. 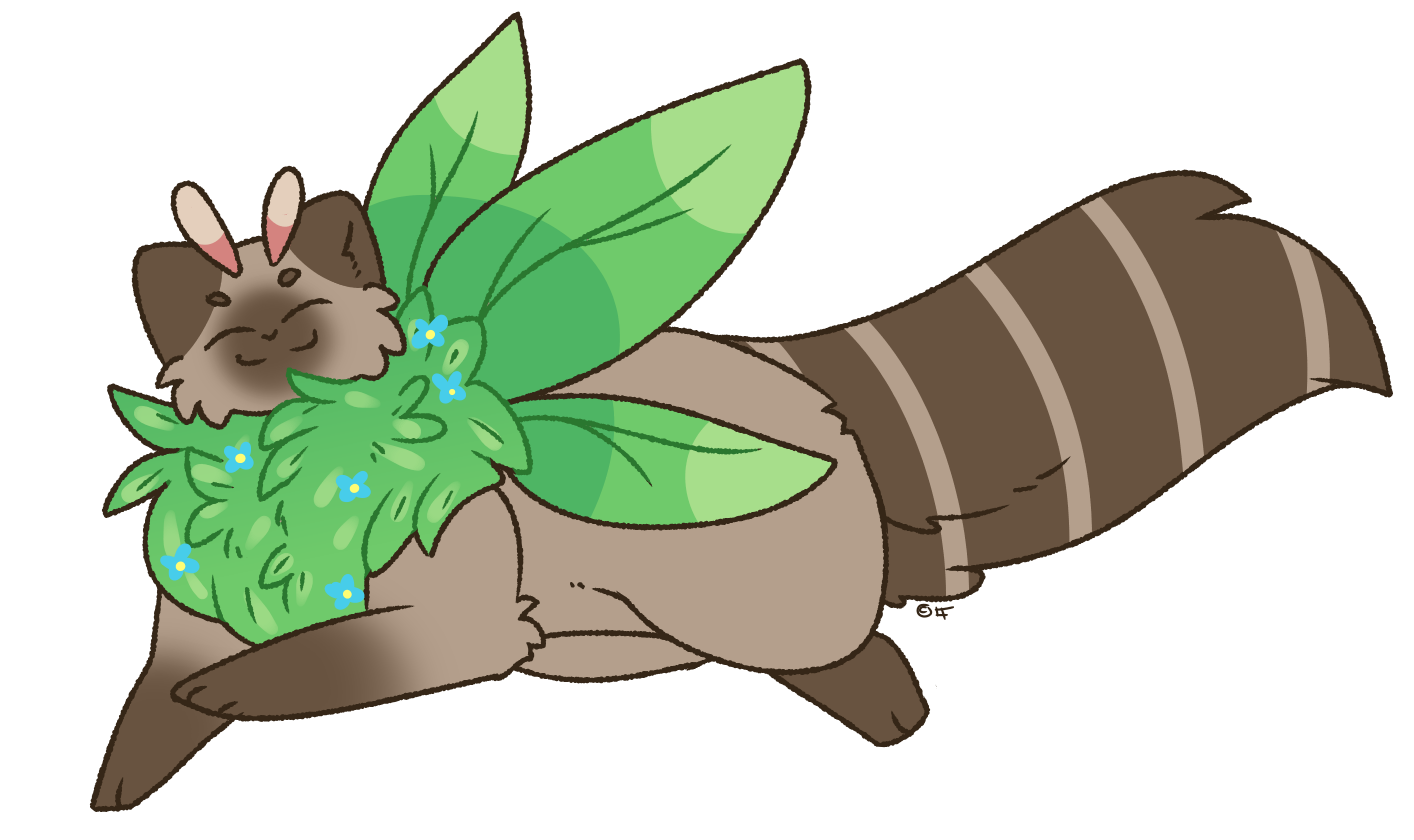 A forgetful doof, Glynn tries to keep an eye out for him to make sure he doesn't get in too much trouble. It doesn't always work out, obviously... He tends to spend time with both Miyo and Delphi at times, especially when they need a nightlight for the dark places.