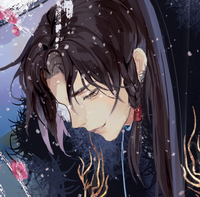 A former disciple of Lin Xueliang. Vigilant in his work and reaching success at a young age, he soon became the God of War. Yet, what was supposed to be his moment of triumph doesn’t leave him with a sense of accomplishment. A young man who displays himself with a nonchalant attitude. He has a carefree and mischevious personality and seems to embody a strong sense of justice. A perception created by the eyes of the public. Perhaps in the midst of the night, you may see a smile unbefitting of a hero. A life molded by the ideologies of others.