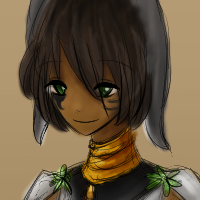 Bunnariums are a closed species created by WENZ!

Notes to be written up one day: