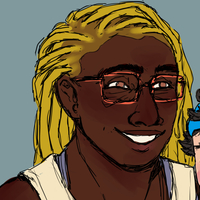 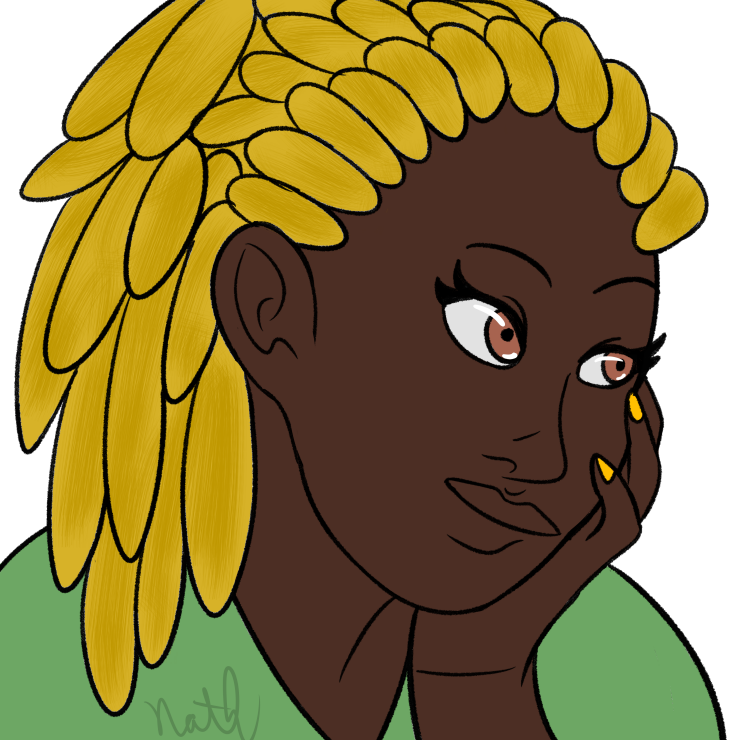 An expert coder and famous white hat hacker. If you want your code flawless and site security impenetrable, you want Mirita to go through it. It really helps that she has the ability to instantly pinpoint weaknesses and flaws in code. It's a sort of sixth sense that's part of her overall burgeoning technomancer abilities.

Oh yeah, and she's a superhero on the side.

Wi-Fire has the unique ability to tap into networks and, well... Set things connected to them on fire. Seriously. A criminal has their phone tapped into a public hotspot? She can detect that, trace it back to their phone, and set that phone on literal, actual fire. It's a lot of fun.

Friendly, if a little cautious and slow to trust. Once you're in though, you've got a fiercely determined friend who won't ever give you up - or let YOU give up. If something's troubling you, Mirita will be there puzzling out a solution.

In away, you could say that Mirita has an almost obsessive personality; she refuses to believe there isn't a thing she can't fix. She may stay awake for days on end trying to solve one problem, never relenting; this causes a lot of stress in her relationships as it's nearly impossible to wear her down. (by @ArlieHime!)

Mirita has prosthetic legs starting at about mid-thigh. She wears her hair, which is naturally blonde, in dreadlocks. Her eyes are a light brown.

She likes blues, as evident in her clothing - especially her superhero costume. As she spends a lot of time looking at screens, she often wears computer glasses. 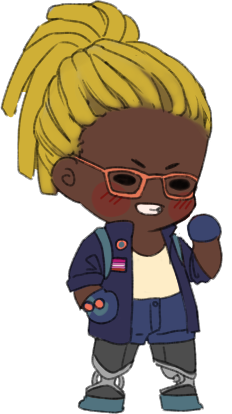 Mirita has always had a knack for coding. She used to study it when she was younger, and she'd spend hours coding her profiles on the various sites she used. She spent a good deal of time learning the different programming languages and, when she was old enough, started taking jobs from people to code whatever they needed.

Her first powers didn't arrive suddenly; as time went on, she noticed she seemed to have the uncanny ability to find flaws in code, and that ability only kept growing. Additionally, she began to exhibit some weak influence over technology: these other abilities haven't grown as much as her ability with the coding, unfortunately. Still, she was able to become a professional coder for hire, and is regularly commissioned by big companies to test their site security through white-hat hacking.

When Mirita was 18, she got into a horrible accident after a drunk driver hit her car. She lost both of her legs in the accident while the driver lost his life. After a lengthy recovery time, she paid for her own prosthetics using the hefty money she'd saved up thanks to her coding jobs.

Just after her 21st birthday, Mirita realized a new power: the ability to set devices connected to a network she's also connected to on fire. It started off as just being able to overheat phones and routers, resulting in a few losses of her own devices. She soon realized she was the cause of the overheating and experimented with this power until it was developed enough to instantly set a device on literal fire. Just by her connecting to a network and willing the other device to blow up. Cool!

Some time after the development of her newest power, Mirita realized she might be able to use this for good instead of, well, a guilty pleasure sort of hobby. Her power has been useful in stopping criminals from being able to contact associates or from hacking... and, of course, setting a bad guy's phone on fire is just fun.