《DON'T DIE WITHOUT MINING THE GOLD IN YOUR MIND.》 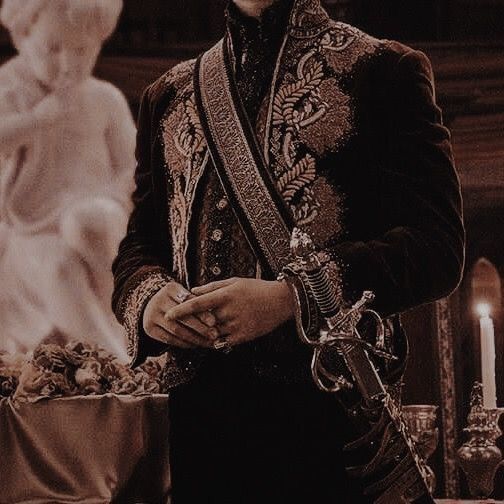 The lone son of a noble lady and wealthy monster hunter, Vince has been brought up with the intent of following in his father's footsteps. Many days of training are still in the boy's future before he can bring even more prestige to his family name.

We all walk the line, tempting our fate.


Vince is surely the last to back down from a fight, but that's not always his courageous side that's showing. Growing up under the name that he did, the boy's pride has gotten him in a pickle more than once. Back home, his father and older friends could step in for him if need be, but now that he's on his own in Namarast, his pride is better off remaining in check.

Training wise, the combination of independence and motivation, sets Vince apart from others. He doesn't need help taking time out of his day to study up on everything a mage needs to know to develop their abilities. He's almost a walking encyclopedia at this point on certain subjects revolving around corruption and metal abilities. Nothing is ever enough in the pursuit of knowledge for Vince, so he's still constantly learning through the academy's vast vault of information.

The negative traits Vince carries around makes it harder for him to make friends. His way is his way and he's usually too set in his ways to change. He's not as outgoing and personable as others, but that doesn't mean he has a mean heart. The way he sees it, he's here to gain the training he needs and move on to everything he's been raised to do. Vince says what he means and doesn't beat around the bush. If you have thin skin, you may not make it long around him. That being said, once you're in his tiny circle, he will protect you at all cost, but don't cross him. You won't get his trust back.

The son of an esteemed monster hunter, Vince knew from a young age what his life would consist of outside the golden shield of his childhood home. Though his mother was of noble birth, she agreed early on that a child with her beloved would learn more of the lands and citizens than a spoiled upbringing could give them.

When his powers were initially realized as a child, Vince's father immediately went to work setting his son up for a proper, well-rounded future. After months of research and traveling, the boy's private tutoring was traded out for a much more enveloping form of training. Vince was sent off to a select set of blacksmith shops throughout the lands of Ivras to learn the basics of his ability. His father wanted Vince to connect on a raw level to what could be done with his powers. The gift Vince had was more than moving around and manipulating shiny metals. It was an art to be practiced and perfected, even without the intent of taking down a monstrous beast. The biggest lesson the boy learned in this time was how various metal creations would be accomplished by those without the benefits of a power like he had.

A few years into his various apprenticeships, Vince was finally ready for the next step of his training journey. This time, he was sent to the Order for the refinement and strengthening of his ability. It didn't take Vince long to find out how much different Namarast was than the places he had been living in, but the boy was excited for the change. This was where he was meant to be. He could feel it in his bones the moment he walked into the wall. Everything screamed success and promise. There were many interesting individuals and students, but only one he really looked up to for direction. That was the Archmage.

The boy soaked in the regality that Archmage Hagia displayed and the strength she brought to the Order. Every time Vince would catch sight of the leader, it would remind him of home and his mother's strong-will. The Archmage was definitely a perfect idol in the boy's eyes, easily challenging the place his father held in his mind. That was until the fateful day of her corruption. It was that horrific event that Vince truly recognized why his father made him focus so much on the discipline and control of his abilities. They were all battling an inner demon. No one was safe from such a fate, only lucky to keep it under control each time it grew stronger. For a while after, Vince debated his direction and if it was the right one. He rarely pushed himself in his studies and almost faded out, until he was snapped awake one night with the realization that it was up to gifted users like himself to keep the others of the lands safe.

When that determined spark returned, it did with a vengeance. Vince wanted to learn all that he could. He became more focused in his lessons than even before the Archmage's corruption. Now growing into himself and using every ounce of knowledge the academy can provide him with, Vince is on his way to following his father's footsteps. A fire within burning to be the best that he can possibly be. 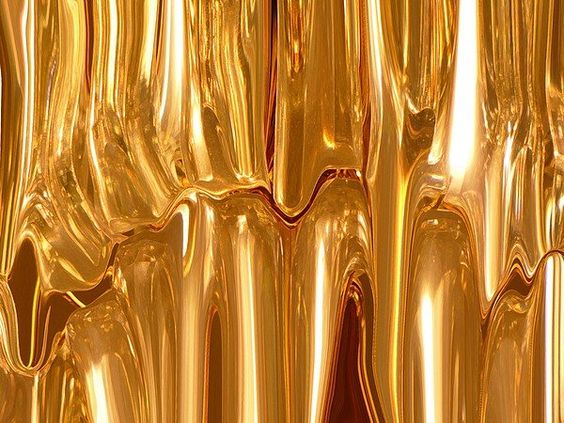 Vince has the ability to move, manipulate, and control any form of metal. This can be to make anything from ornate jewelry to dangerous weapons and armor. The latter two, however, take much more time and effort to manifest the proper shape at his current stats.

At the present time, Vince is best at simply refining or repairing metal objects if they are anything more than gold, something he picked up in his humbling years apprenticing with blacksmiths.

Until his stats increase, he is very restricted in the types of metal he can correctly manipulate. This is limited to tiny amounts of thick/dense metals and low reworking of softer metals. Despite his overall limitations at this stage of his training, he can very easily manipulate large amounts of gold, which is obviously his go to for most manipulation work.

Since Vince is still discovering his power and gradually pushing the limits with training, drawing forth the strength to use his abilities greatly pulls the energy from within him. Depending on the extensiveness of his power use, he will need anywhere from a few minutes of rest to several hours of sleep to recuperate.

Vince's powers are currently only effective if there is workable metal within his grasp area. If there are none in this radius, his powers are not developed enough to draw them toward him or more. This is one reason he can be frequented wearing various forms and combinations of gold jewelry should the need to have it strike.

(If you purchased no starting items, this section does not have to be completed for your character to be accepted. Please list your character's shop items and prompt rewards/other stat-changing events here, with a link to proof.)