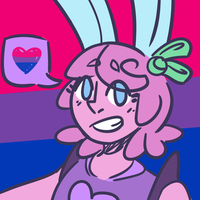 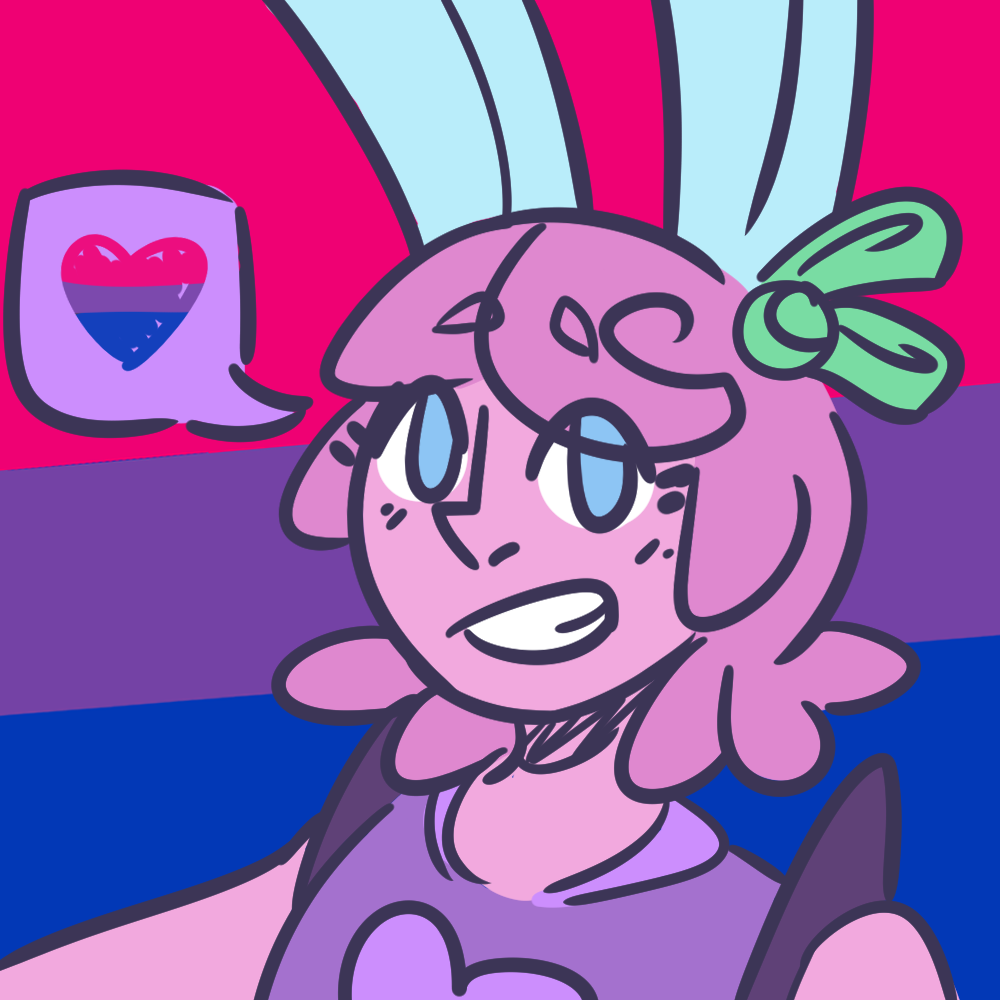 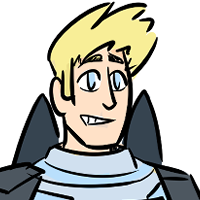 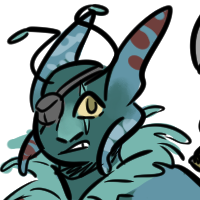 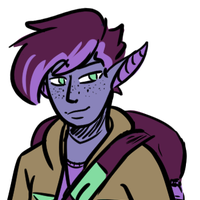 Chiffonade or "Chiffy" is an alien hybrid (half-human) from a world where space travel is common and uncountable alien races intermingle and make friendships across previously uncross-able distances.

- Chiffonade is pretty comfortable in new environments, so long as it's on her terms.

- Her general reaction to meeting someone new is to mock them because she's a bit of a jerk, but at her heart she is a hero; always keeping her word.

- Chiffy has a habit of picking fights, but tries to avoid engaging when she doesn't know she's at an advantage. (She isn't really without her trusty sidearm.)

- She doesn't really talk much and will lapse into long silences when she's alone or comfortable, but in crowds she will try to fill the silence to feel less awkward.

Chiffonade, Chiffy or Chiff to her friends wasn't always a little rabbit alien with a bad attitude.

She specifically is part of a five person team that works and travels together, the crew of the Intrepid are more accurately roommates than a proper crew. Daniel Avius is the captain of the ship, from the prologue! The team takes freelance missions to keep their ship running while searching for their lost homes.