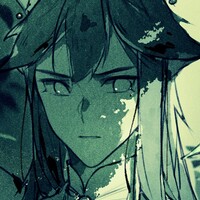 A polite, honest young man who has a strong sense of responsibility. However, he is short-tempered and has a look of anger on his face even when he is not aggravated. A military general who served under the Crown Prince. After the final conflict between the Manor of Fleeting Blossoms, he was betrayed by the Crown Prince and fled to a neighboring country for refuge. There, his fate collides once again with an enemy general and former martial brother, Lu Huanyu.