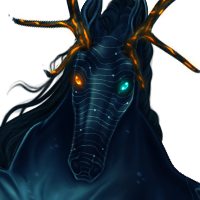 The Prince of Fire and Ice


Lumaris has always been a man at war; at war with the two aspects of his personality. On the one hand his ice ability gave rise to his legendary calm, his icy composure and unnerving, distant stare. On the other is the wild recklessness, untameable power and flaming passion of his fire abilities. Whilst his souls plays host to the warring elements, he has walked physical battlefields for many centuries, witnessing much of Alanaris' history and the events that have led to how it is today.