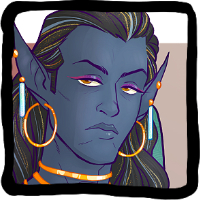 Tall, too thin, sharp but handsome face, deep dark circles under his eyes and fine lines on his face when without a glamor (very rare). Dark blue-ish skin with pale blue and gold banding on right bicep, left thigh, and right ankle. Black hair with strands of pale blue and gold, voluminous and wavy.

Sharp, can be brittle, more often cold than not

Gay but it's Complicated

About (brief): Cirdan is a reclusive, intensely private wizard of no small skill, belonging to the dwindling race of stone elves. He is obsessed with mastery over himself and exudes an air of carefully cultivated control and power - even when he doesn't quite feel composed under the surface. He speaks carelessly and harshly sometimes, to friend and stranger alike, even if it would be better to hold his tongue.
Past trauma makes it hard for him to trust and he's not very forthcoming with any personal information about himself, which doesn't make it easy for him to forge friendships. However, he is capable of a fierce and powerful loyalty to the few that have earned it.

He's a man easily consumed with work and pushes himself too hard too often, skipping meals and sleep in pursuit of whatever research or spell or skill he's set himself on mastering. He doesn't like to be idle - idleness means reflection and bleak, hopeless thoughts - so even rest days are usually full of some kind of activity.

Recommended listening: ‘Broken Crown’ and ‘Thistle and Weeds’, both by Mumford and Sons

- Too big for his britches sometimes
- Vain and petty
- Distrusting, harsh
- Self-sabotaging, self-destructive
- Capable of cruelty and quite vengeful
- Feels every emotion vividly but represses it
- Doesn't always consider consequences 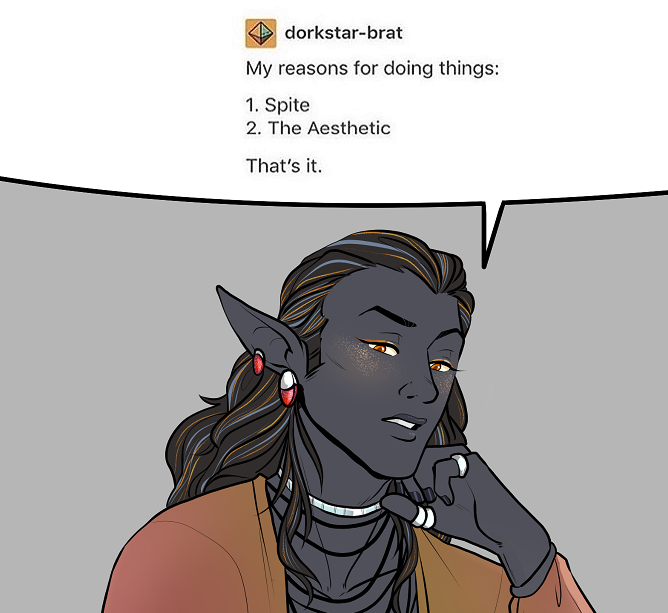 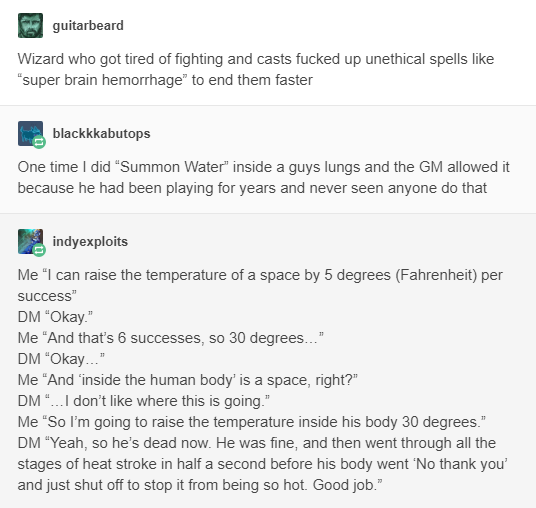