The Weary Eyed One

The Weary Eyed One

Adult during transformation, been Esk for over a decade

Gender- and sexless, though seems more masculine than feminine 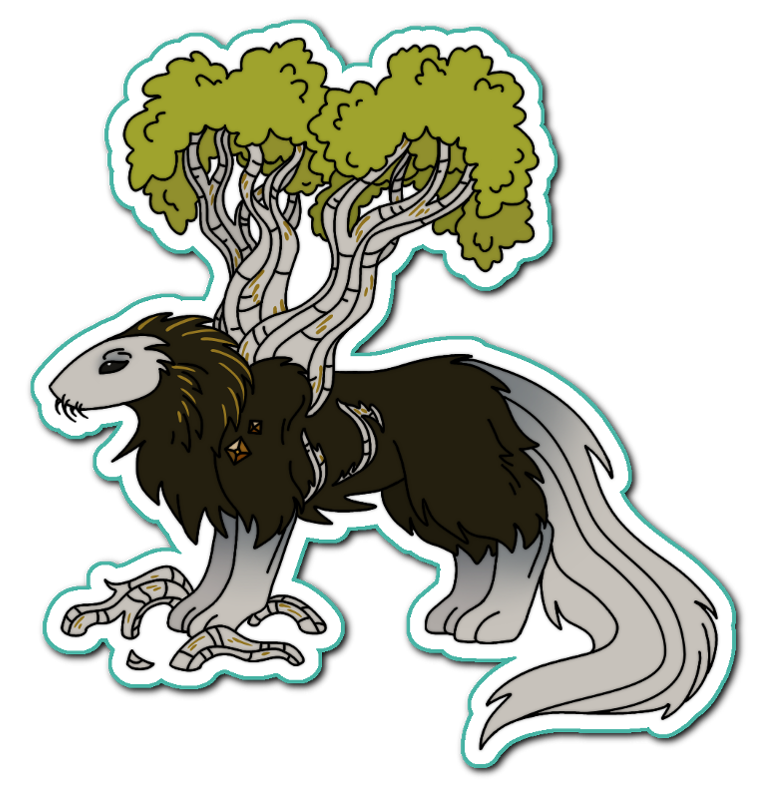 The Weary Eyed One is an Esk who  doesn't particularly care about permanent names, pronouns or other  tidbits it sees rather useless for an eternal spirit. But, as not every other Esk thinks this way, it has been known to reply to a simple "Who  are you" often with answers like "I am... Tired", which has earned it the title of The Weary Eyed One, as well as many more simple nicknames such as Weary, Tired and Sleepy. It is more masculine than feminine, but like already stated, it doesn't really give much thought to such matters.

Weary's personality is a bit of an enigma. It certainly is a loner who doesn't deliberately seek out other Esk to interact with, but it still doesn't seem to mind an occasional chat with a neighbor or someone it meets in Conservatory. The other party might get a bit confused by the way it acts, though, as Weary isn't one to waste words on empty small talk. It rather stays silent and listens what the other one has to say, starts telling about a though it was having without much explanation or occasionally even asks some uncomfortably personal questions from strangers. This all comes from the fact that Weary is a serious thinker and daydreamer, who seems to live much more active life in its head than in physical world. The only thing that seems to get it agitated is when something is threatening its boundary. That's when Weary truly seems to wake up and isn't afraid to use any means necessary to protect its territory. It can also show some protectiveness over creatures in need, but that it does in its usual stern and passive manner. All in all, the most content Weary seems to be whenever it can spend its days floating in river with blank expression and unmoving body, but with mind that travels freely to unknown galaxies far away.

Even if Weary isn't in reality a malignant creature, its appearance can be pretty daunting at first glance. It is about as large as a polar bear and even more strongly build than one, thick fur covering most of its body. Especially the fur around Weary's neck area is pretty long and forms a respectable mane that can be lifted up in those rare cases when the Esk gets angry or scared. The golden brown strands of fur in the mane as well as the streaks on tree trunks are actually crustose lichen; the fur itself is colored with shades of dark brown and light gray. Weary's tail is a bit on the shorter side by Esk standards and its head seems to lack visible stop between forehead and muzzle, which has four stubby whiskers. The nature feature on its back is composed of two White Mangrove trunks and their roots that seem to cross their way through the creature's body. The roots are partially visible here and there, but the exact places can vary when fur uncovers some of the roots and then again covers others. With its elemental powers the Esk can also rapidly grow trees and roots from ground. Lastly there are three transformation crystals that resemble Tiger's Eye gems implemented into Weary's shoulder area; two on left and one on right shoulder.

From its past before transformation Weary doesn't remember all that much. What it does recall the best is the constant, strangling feeling of being in a hurry and wanting to be somewhere completely else.  Then, only some time before transforming, the human Weary received some really bad news regarding their health that made them re-evaluate their life choices. They left everything behind to travel, to find the place they had so desperately longed for, and they ended up making a trip to the mangrove swamp. There a crocodile attacked and bit the incautious human, wounding them badly enough to make them incapable of traveling back to safety. That's when the human met a peculiar creature, the Seventh, and was transformed into an Esk.