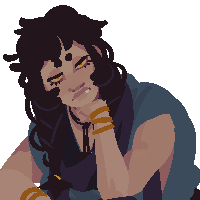 This layout requires that CSS is enabled to display correctly. Please visit your display settings and enable Custom CSS to view this profile. This page does not contain any flashing colours. 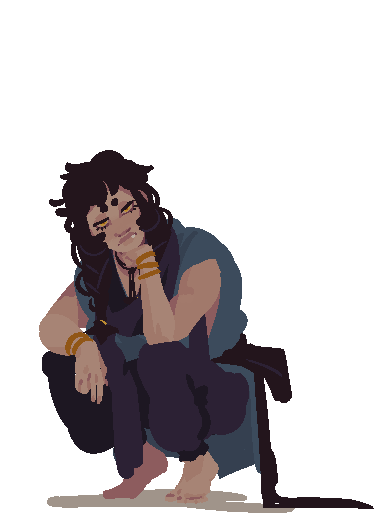 Although she appears to be a regular human in every way (aside from having some very sharp teeth), Thistle resolutely claims to really be a Shinx—not from the Luxio clan, but an actual Shinx. She remembers nothing from before Selene finding her unconscious on the beach, and having nothing better to do agreed to form an exploration team with Selene and join the local guild, where she hopes to find answers to her past.

For her part, guild life is not so bad. Her new body is strange, but she likes to fight and is just as ready to scrap with a Magikarp that splashed water in her face as she is with the Team Skull trio who keep hassling her and Selene. For the rest of the apprentices at the guild, Thistle is deeply weird and offputting—she doesn't say very much and none of them want to talk to her without Selene there, who seems completely oblivious to this.

Abilities Rivalry & Intimidate
Thistle's Attack is boosted when fighting men and reduced when against women. Her intimidating aura also reduces the Attack of opponents.
Charge electric

Thistle boosts the power of the Electric move it uses next. It also raises the user's Sp. Def stat.

Thistle bites with electrified fangs. This may also make the target flinch or leave it with paralysis.

Thistle crunches up the target with sharp fangs. It may also lower the target's Defense stat.

Thistle lets out a terrifying roar that sends the target flying.