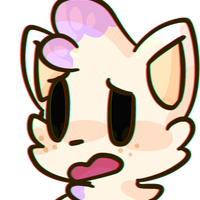 Personality: Does not like being in crowds, determined to achieve his goals on his own, doesn't like chatting with people who he does not know and often cowers out, but is willing to help any of his friends. He also has a great memory, but his thoughts often makes him think of bad incidents that happened in the past.

Chim never lived with his parents, instead, he lives with a Clefable who owns a well-known grocery store. He has seen his parents randomly while he was walking, but he proclaims that those were not his parents as he does not remember their appearance. Chim has a best friend named Pocky, which he chats with the most.