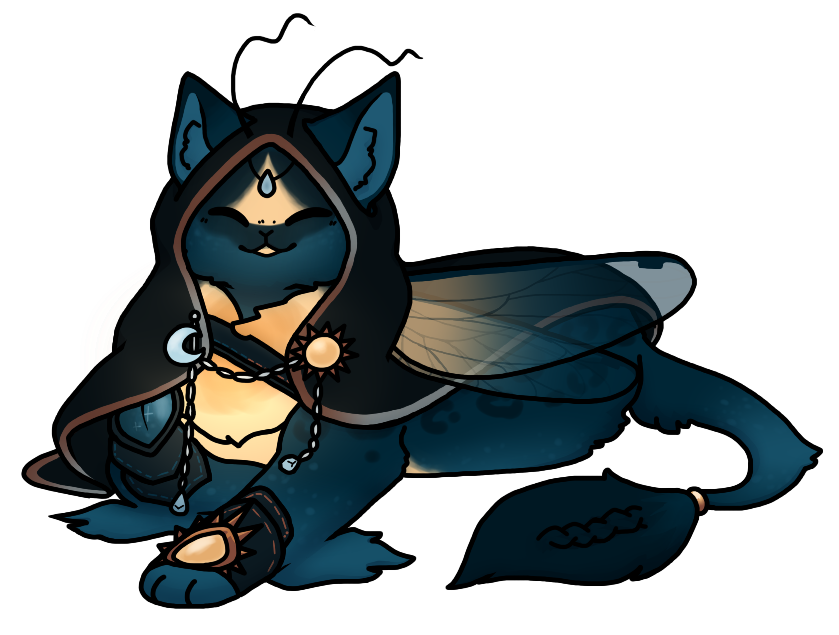 Due to an accident when they were young that left them with some prominent scars, Inigo grew up shy and wary of the world at large. They devoted a lot of time building up friendships online, finding comfort in the anonymity that a screen provided. As they grew up they became curious about the cosplay scene, and found a passion that took hold. At first Inigo gravitated towards cosplays that covered their face, and used that as a way to find courage to go to conventions and interact with people.

However, the more they invested themself in the cosplay community, the larger a following they gathered, and their supporters gave them the courage to start posting videos and outfits with their face visible. Eventually, cosplay turned into a way not to hide, but to celebrate themself. While Inigo still struggles with a lot of body image issues, they now find their most confident self when they're in costume, whether the costume is revealing or clad in heavy armor. They have a popular youtube following where they not only talk about their cosplays and construction, but also are very open and honest about their struggles, and their constant battle towards self affirmation.