Teenager during transformation, been Esk for a few years

Gender- and sexless, though seems more feminine than masculine 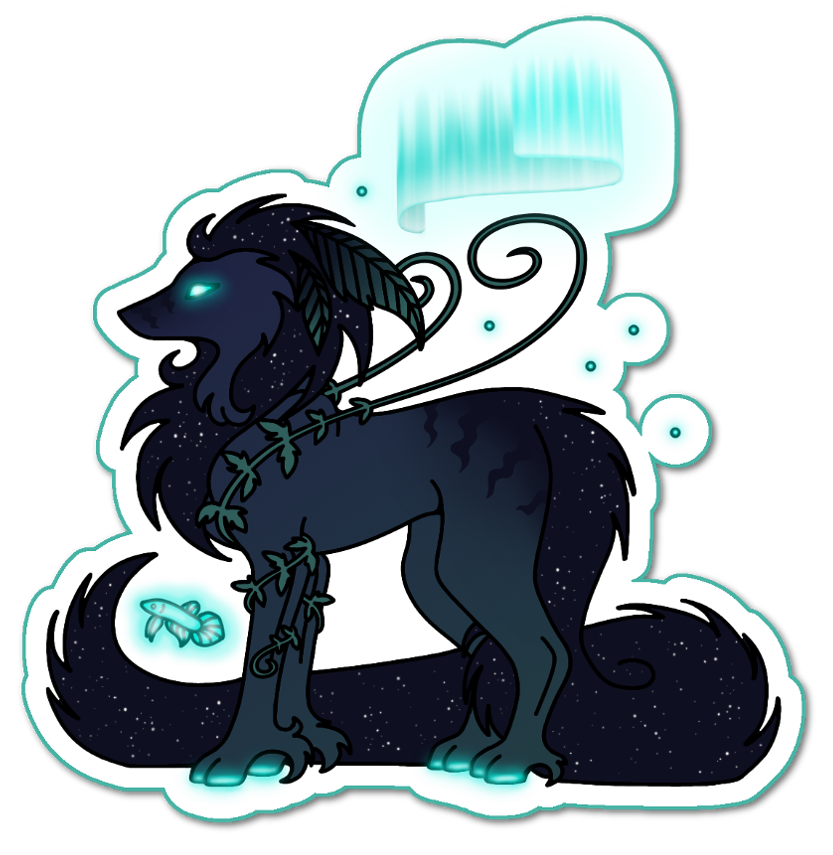 Someone Else, or Elsie for short, is an Esk with a restless soul. Her peculiar name was given to her by The Weary Eyed One, the Esk who transformed Elsie. It comes from her desire to be someone completely else than who she was as a human before turning into an Esk. At first she didn't really fancy the name at all, but even more she detested Weary's habit of calling every Esk an "it". Even though Elsie doesn't really feel like she has any sort of clear gender identity anymore, she prefers to be called "she" over other options.

By personality Elsie is like a spoiled housecat: most of the time she is unsure of what she really wants, but she still wants it so badly! She is full of questions and insecurities, feeling like she couldn't be more far from understanding her place and purpose in the universe. Sometimes it makes her depressed, while on other occasions she is bursting with desperate energy to solve everything at once. When interacting with other Esk Elsie often seems pretty shy and even feels like she doesn't belong to their company. That comes from the fact that she still remembers her past life pretty clearly by Esk standards, which makes her feel like she isn't somehow a proper Esk, but just someone who pretends to be one. Remembering many of her past life experiences also has made her to be afraid of humans, so she doesn't feel like home with them either. But as troubled as poor Elsie is, she is still Traveler instead of Trespasser: she is very thankful for being transformed, and whenever something is endangering her boundary, she gets drowned into an all-consuming feel of dread. Maybe someday she learns to treasure those aspects of life she finds valuable instead of always chasing something she is missing, but that day has yet to come.

Elsie's outward appearance resembles night sky a lot. She has lush, dark blue fur with white flecks and mesmerizingly glowing eyes and paws. The enchantment she has, Illuminating touch, makes everything she touches with her paws glow for a little while, while her elemental power grants her an ability to create northern lights. On top of that she is accompanied by two sorts of familiars: a bunch of fireflies as well as a glowing Betta fish, but the latter one she only manifests in her own haunt. The Esk's build as well as size is pretty close to those of a maned wolf, both having slender bodies, long legs and delicate heads. Elsie's tail is extremely long and would likely be impossible to keep untangled if she wasn't an ethereal being. Her nature feature consists of two vines of poison ivy that twist around her forelegs. There are also three rather large feathers attached to her mane.

The already hinted past of Elsie wasn't indeed a happy one. At the time of her transformation she was a young human whose home had always been an unsteady and unsafe environment to grow in. She was constantly scared and lonely, and after a particularly horrible day she finally ran away. She had no plan though, or any place to go to, so she ended up wandering into the swamp. She didn't have the courage to take her own life, but she didn't want to go back home either - she was very much emotionally lost. After a cold, miserable night Weary ended up finding the youngster and offering her a way out of her otherwise impossible situation. The human agreed, as any solution sounded better than returning to her old life, and so she was transformed into an Esk.