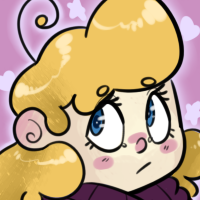 Talents: Drawing, tending to herself a little with cleaning / cooking, and a tad bit of camping
Hobbies: Drawing, Camping, Studying the arts of magic and magical creatures

Alignment: Chaotic Good
Personality Type: Z is a pretty generous person but will judge a person as soon as she hears of them and until she meets them, won't really say much about the person. This is partially due to her having the ability to feel others aura's. With that she uses it to generally get an idea of who's safe and who's not.

Sassy and yet so sweet, She can be a rather complicated person to sometimes get along with. Although she may seem like the innocent type, there's much more she know's of than what most could believe. However, that does not stop her from attempting to do the right thing. And while she may at times carry out certain devious deeds, her heart still holds itself tenderly to those who she believe's deserves it. She tries to act mature during times when she's frustrated, preferring to just do it her way and get things done. Even if it can be seen as the wrong way. Sometimes she can be a bit impatient with certain emotional task.

Name: Light Manipulation
Description: She holds the ability to warp and shape light, from bubbles to swords. She can also control how much matter is put into each.
Weakness: Aiming at the 'eye' on her forehead and hitting it, is basically a straightforward way of knocking her out.

Name: Supernova
Description: When times getting messy, tantrums are bound to occur, and she's no exception to this rule when in dire need. Taking off her 'bell' unleashes a wave of energy which consumes her raging form. Damage is bound to happen, be it to the target or those around her. She's blinded to everything around her when she's in such heart wrenching pain.
Weakness: Usually it's best to stop it before it starts, otherwise she'll just have to tire herself out. Unless someone has a seal to stop her?

Form: Trickster
Description: This form usually takes place due to her body slowly corrupting through lack of both light and sanity. It causes her to lose touch with her mentality and turn her into a devious creature that desires nothing more than chaos and greed. It causes her to play with her more personal desires as well.
Weakness: Usually last for about 20-30 minute outburst, Body is unstable, Weak to intense light. Best thing to do is place her under moonlight until she gets better.

Form: Star
Description: This form is a rather complex one. Only capable of being utilize to its fullest potential when she is able to summon enough of her power to envelop herself with and use it to fight and defend. It's basically an 'ultimate' form, not something she can use often either. Only in intense and dire situations where she's still in control of her emotions.
Weakness: Usually last for about 20-30 minutes altogether. Body is unstable. Weak without sunlight (only 10-15 mins if there isn't any sunlight.)

SOCIAL
Religion: She praises and gains power from the Sun and Moon. Although it is possible for her to gain power from other light sources, however, those tend to have different effects on her eye.
Occupation: Attempting to study and gain further knowledge on the usage of her abilities through her uncle.
Favorite Color: Purple
Favorite Food: Candy
Favorite Possession: Her sweater and the bell on it.
Favorite Weapon: Creating bubbles with her light ability.
Favorite Animal: Cats, bats, and bunnies.

HISTORY
Birthday: 7/26/XXXX
Education: She dropped out of middle school, and most of her learning comes from experience in the field as well as books.
Background

Z previously lived alone with her mother. Occasionally visiting her grandparents home. She's an only child. Due to this she ended up taking on several housing responsibilities alongside her middle school life.

However, one day she was taken from her family, to be reunited with her 'extended' family. The Saverial's, Dark magic users. They had found her through modern means with technology. And slowly lured her within their home under the guise of them having been longing to find their newest family member.

Unfortunately for her, after the tours and friendly gestures were finished, she was put through a trial of awakening her power. Saverial blood having long since been known within their lineage to hold  psychic abilities. There also being an off chance of their blood being blessed by the demon they worship. Giving them back their master and ushering a new era of leadership for them as well as power to finally attain their own desires, whether selfish or not.

Z ended up having that demonic essence within her. Causing her to become a piping hot target for family drama. For the only way to obtain the prophecy would be through her being sacrificed and her body used as a puppet for the demon. Sufficed to say, she isn't on board with the idea, and eventually manages to escape the mansion. Only to run into her other extended family. The Ceiridwen's. A small family of dwindling witches that desire to snuff out the Saverial's and retake what was once their families birthright.

That being the 'essence' to which the 'demon' has.

The family story goes that when both families met, it was to celebrate the oncoming marriage between two of their youngest blooded adults coming together. Only for the groom of the Saverial family to betray the bride of the Ceiridwen family. Through stealing their essence by slaughtering her, and entrapping their deity (Granama) for them to utilize for their own selfish gain. Blessing themselves with such an essence, and furthering their lineage slowly corrupted it.

Caught between death at both ends, Z ended up panicking and causing a horrific damage to her surroundings through her power alone after going Supernova. Her closest and more trusted relation with one of her Uncle's she'd met within the Saverial family, Uncle Aziah, thankfully seemed to be the one to put a stop to it, placing an inhibitor charm on her to keep her power more subdued from her tantrums.

Of course he also had his own epiphany through such a conflict, and sought to protect her from both families. And in the end took her own as his own apprentice, where they now travel the world together. On the run from both families.

FAMILY
Mom: Unknown
Dad: Unknown
Siblings: Unknown
Relationships: None
Relations: Uncle Aziah
Pets: Tea, A cursed teacup familiar. Upon coming into contact with it, bound it to her.