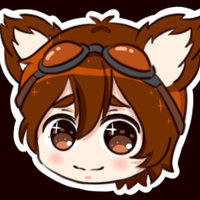 Llion is a bit shy and very afraid to talk, which is why he speaks only when he must and sometimes he speaks very quietly. But when he gets to know someone better, after a time of conversation he starts talking more and more boldly. Unfortunately, this applies to men, he cannot cope with the opposite sex. When he has to talk to a woman, he is all red, gets confused and begins to stutter. He is quite modest, he doesn't need some extra convenience, so for example a mattress on the floor and a blanket are enough to be enough for him. He can't lie- when he tries to say untruth he starts to perspire and stress that someone can cover him, so it's easy to see when he's lying. Unfortunately, he has "two left hands", although he is a mechanic. He is always willing to help and can't refuse it, which means he sometimes takes too much responsibilities. He doesn't like when someone is worried about him. You can call him a coward.

Dislikes: Stressful situations (or life-threatening), pineapples, conflicts, gets into fights, when someone pulls him by the tail.

He loves him and is grateful to him because Florian supported him very much and looked after him when he was little, but sometimes they are arguing.