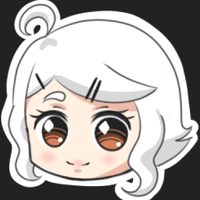 She hardly comes to share, if she has something she prefers to keep it for herself. But she tries to suppress this habit. Just like her was told, she still considers herself an exceptional person, but she doesn't exalt herself, because she knows that it would discourage the potential persons to cooperate with her (in the current situation in which she is, it would be better for her if she would be in a group than be alone). Tears come to her eyes or she starts be sad when someone is not nice to her because she has never before met with negative emotions. She tries to find friends to be able to give them the feelings which she was given in the laboratory. She is helpful or rather she tries to help. She wants to feel useful.

Skills: She has a much better eyesight than others, for example, she sees better in the dark or sees objects from a greater distance than ordinary people.