A chapter from my web serial, Revolving Door, that details her backstory. 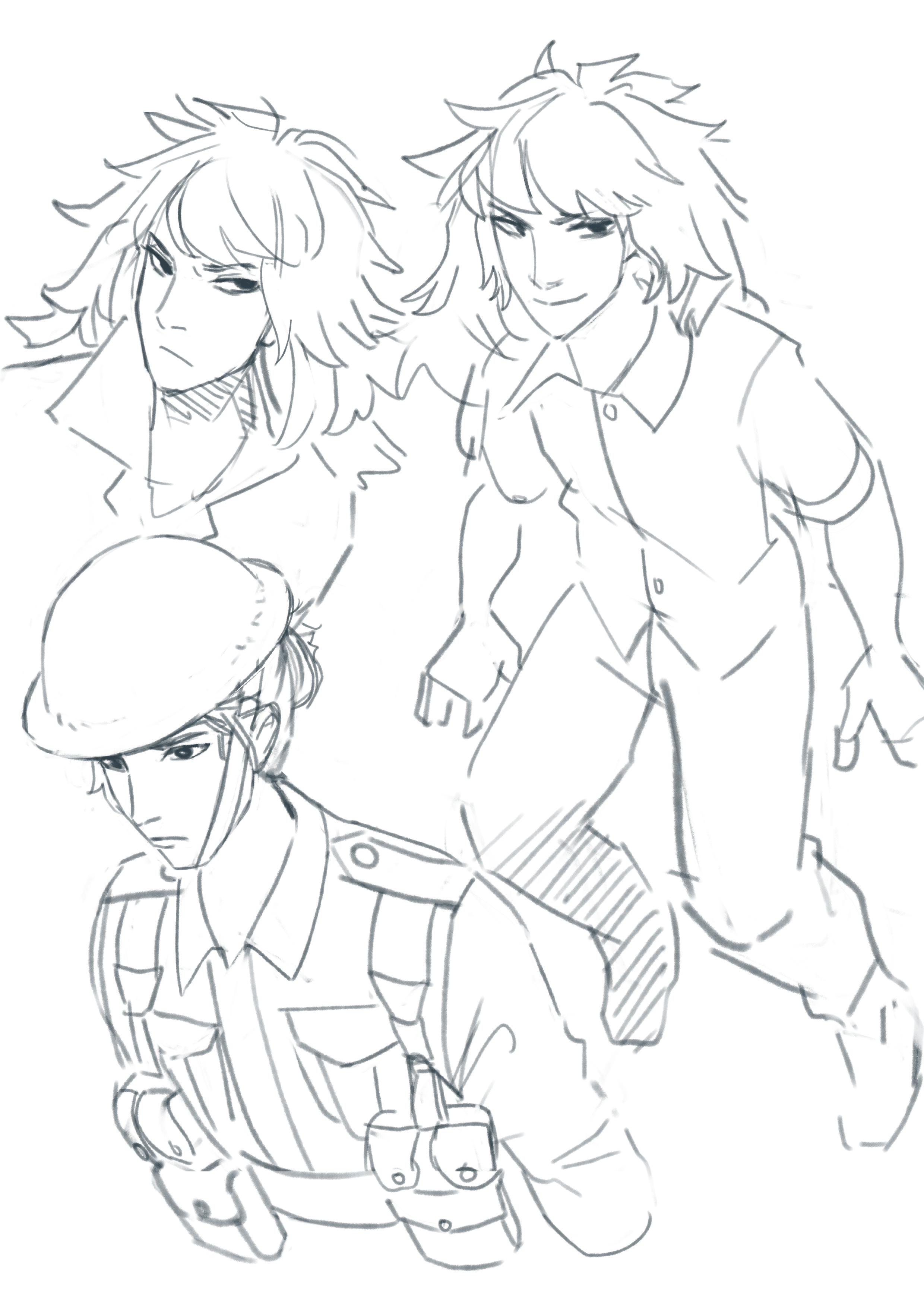 A Captain of the British Commandos with an overpowering drive to maintain order and control, Vesper finds nothing more inspiring than being a part of a larger system. She is passionately loyal, with a strong and sometimes uncompromising sense of justice.

She is domineering and confident, sometimes too much so. Controlling the power of lightning itself, and bearing twice the workload of her army peers, she is accustomed to shouldering too much responsibility. She is a pathological overworker, holding herself to impossible standards and seeing herself as responsible for everyone within the field of her influence. At times forgetting she is not a machine, she often does not realise she is in over her head until things start to slip out of her control—which happens often, even for someone of her capabilities.

Outside work, her severity melts away to reveal an individual with a wry sense of humour and a confidently casual demeanour. She believes that stress over inconsequential matters is a waste of time. Her strict adherence to rules and systems can appear intimidating to some, but most will learn this regimental attitude is reserved for her responsibilities and obligations.

What doesn't kill her only makes her stronger. She thinks of pain and hardship as things to be learned from, not avoided. She's quite good at handling extreme stress, but the war has left its indelible mark on her, and she can no longer enter hospitals like the ones where she first watched her friends die.

She favours functional but classy attiring and her wardrobe runs the gamut of longcoats and dress shirts—at least, when she isn't in uniform. Being as organised as she is, it does surprise some that she retains a childlike love for standing in the rain in the middle of a thunderstorm and feeling the static surge around her.

Vesper was born to an engineer and a housewife living in the town of Fairford. Discovering her electromagnetic powers at nine years old, she learned to practice them in secret after her parents expressed fear and strong disapproval of them. All the same, she learned to make use of them to power simple circuits and homemade electromagnets, with wires easily obtained from her father's workshop.

War broke out two years later, and her entire family took to volunteering at the RAF air base in Fairford, Vesper included. She came to believe that her powers were meant to be used in service of her country's war effort.

Armed with this certainty, Vesper enlisted in the British Army as soon as she was of age. There her abilities immediately became a classified secret, and she underwent specialised training as a weapon against tanks. Her platoon were trained to complement her abilities, and together with them she was posted to the No. 60 Commando company. With her ability to generate and vast amounts of electric potential and control the flow of current, she works in an anti-tank unit as both soldier and weapon.