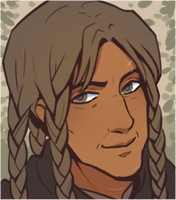 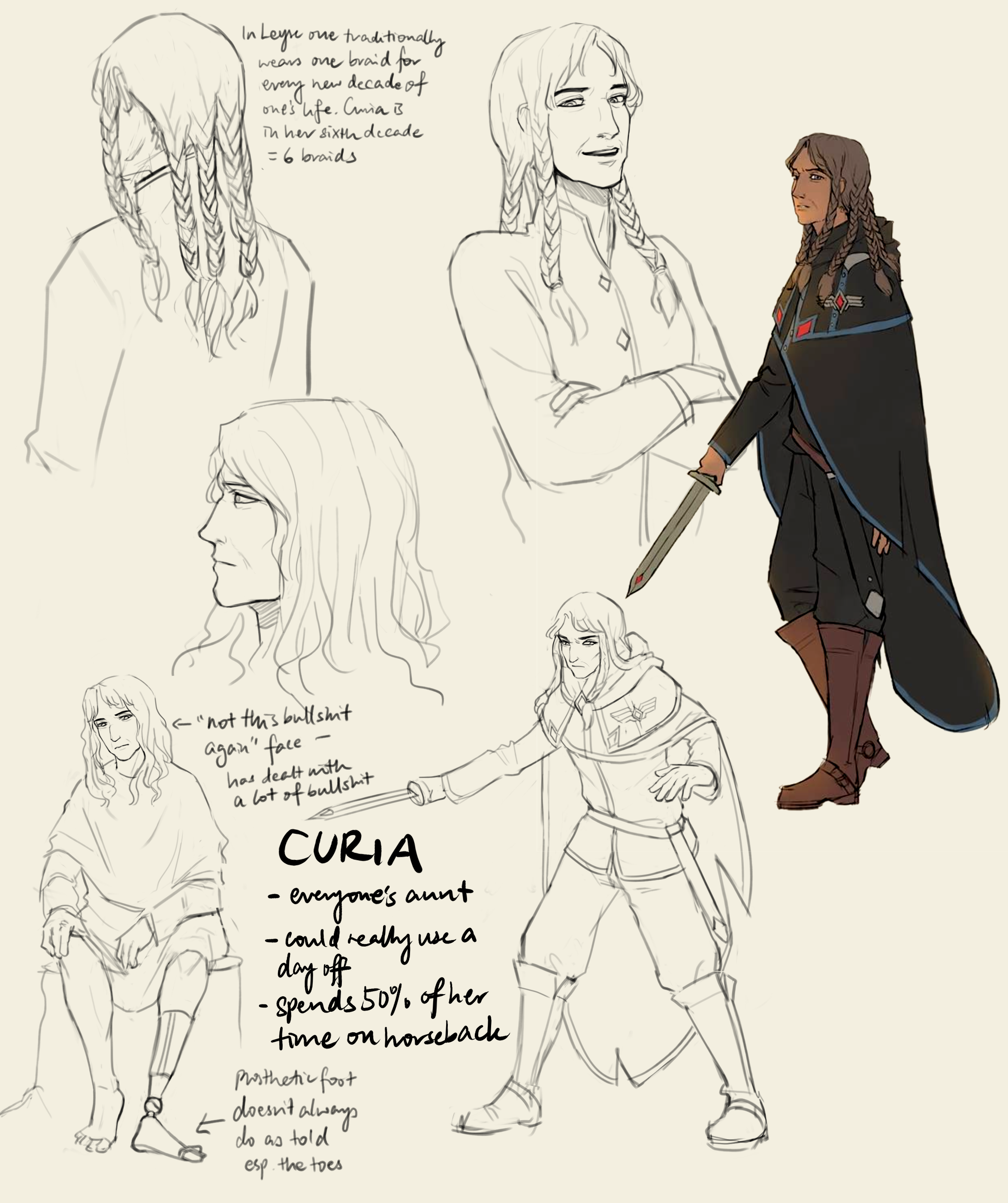 Decades of escorting cartographers across the treacherous terrain of the Third World and fending off the attacks of beasts thrice as large as herself have jaded Curia to almost any form of aggravation. She keeps her cool at all times, and it would take truly life-threatening circumstances to shake her out of it.

She has an immense tolerance for discomfort and pain, which serves her well in her line of work, but often causes her to ignore her problems past the point where she should have done something about them. She has strain injuries that affect her mobility and speed. She's still going at it, all the same.

Curia is seen by her underlings as a leader both driven and personable, who treats them as equals. Perhaps projecting a similar expectation on her own superiors, she isn't averse to being forthright and sometimes irreverent towards them. With the likes of Orobelle, a mere child to her, in stations of power, it's easy to think decorum flexible.

Curia grew up with the name Eniun in the village of Dorna in Leyse. She was one of the Leysian chief's child serfs, but losing use of her foot stepping in uncooled lava and having it amputated meant she could no longer perform that role for her clan village, or to become a farmer—the job that would have awaited her otherwise.

When she was nineteen, Duchess Adamanta came seeking to purchase servants, and the chief offered up Eniun and several others he saw as deadweight. Adamanta named her Curia then, and with the prosthetic technology of the Queendom, had her fitted with a new lower shin and foot.

Once deemed ready for employment, she was conscripted, as was her bond. Partly due to her disability, she was unable to pass the initiation test for the Second World military and was instead posted to the Ducal Scouts, the division tasked with exploring and mapping the Third World. Over two decades and the tragic and untimely deaths of several commanders, she rose to become the commander of her unit, the Right Vanguard.