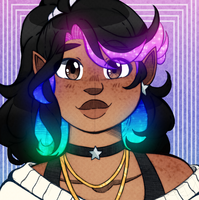 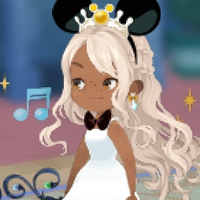 Fayven was an inhabitant of Triplumare, a world where magic and music were one and the same. She grew up with stories about the soundless, shadowy beings that lurked on the edges of the city, how its citizens had been living in an uneasy equilibrium with them for years. One fateful day, whatever force held the shadows at bay disappeared, and they swarmed the city. All who fought back fell, becoming one with the horde. Fayven finds herself cornered, and as she prepares to make her last stand, the power of the Keyblade saves her and guides her to Daybreak Town.

From here, her timeline splits:

— In the first, she goes through KHχ and KHUχ as canon intends.

— In the second, she goes through KHχ, but an event I haven't figured out yet rips her from Daybreak Town and spits her out in present day, sometime after KHII. (This is her main timeline.)

And now for a whole bunch of spoilers!