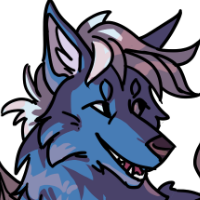 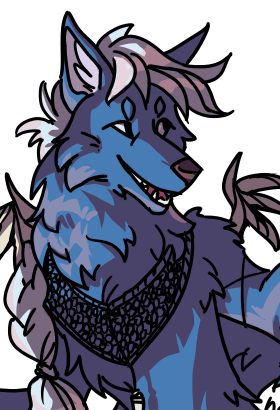 Teillana is an old character I uploaded just for fun.

Teillana (TAY-il-LAH-nuh), or Tei, is the young, female chief of her tribe, mated to Fuagarth, the smith, and bonded also with Saxifrage, her childhood friend and the healer, and Airassen, Saxifrage's mate and a trapper. Her name means "clouded vision" in her species's language, and she is spiritually gifted by a peculiar way of seeing both more and less than what's "really" there. Her father was the previous chief, and she wears his claw around her neck. She is calm and self-possessed, playful and determined, and it would be difficult to rattle her.