Pala is definitely a really realistic teen character, and I really appreciate that; as a teen myself, it's pretty hard to write teen characters, but Pala is really unique and well-written! That aside, I really love how she doesn't have much regard for what's "normal", it really expresses the almost rebellious sentiment that teens are known for but in a way that doesn't come across as stereotypical/cliche! I also like that note about how adults connect with her well but she has issues forming connections with other teens, it's something I relate to, but that aside I kind of found that interesting and I'd like to see it in action.

Personality aside, her experiences definitely sound really interesting, I've never seen something like that in a character! Though, I do like how you managed to "deconstruct" the consequences of them, making them play out realistically; forgive me if I didn't make sense there, but I do like how you decided to deconstruct it, it seriously makes me feel for her aaaaa- I'm glad that she at least has a friend though! Speaking of that, her relationship with Fen is definitely fun to read about, and for some reason the last sentence there made me laugh haha. The rest of her relationships are also nice to read!

The Facts section also has some nice tidbits of info, which are always fun to read! For some reason the first bullet point stuck out to me; probably because I didn't expect that's artistically-inclined to do well in math (which is bound to rules and such) and horrible in essay-writing, haha.

Overall Pala's such a lovely character!

Yo, thank you celes! I appreciate you reading through her story and experiences. I'm glad you think she's a fresh take on a teen character. I enjoy writing her immensely because she also draws on a lot of my personal experiences, so I'm glad that you feel for some of them as well!

I totally understand being surprised at her being good at art but bad at writing. Her mind is very logical and literal, so she's great at observational drawing and even imagining scenes--not so much at making arguments and phrasing them persuasively.

And yes, her idea of helping Fen is making sure he gets all his homework done. thanks Pala. They're good friends in other ways too, I swear lmao

The canine watches the girl with a faint flick of its tail. It seems almost hesitant before approaching the teen and speaking in a raspy human voice, strands of greasy hair spilling between its teeth.

'Don't let the dreadfully mundane destroy your delight for the strange.'

The... dog? Reaches up with a paw, pats Pala on the head then flounces off, seeming satisfied with itself.

The scent of decay lingers. 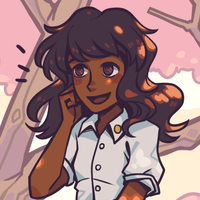 Pala blinks. She should have been quite bewildered at being petted on the head by that doglike creature—wait now, it should be the other way around? Shouldn't I be the one petting the dog?—but now she is too busy pondering their advice to remember to be surprised.

"Thank you!" She calls after them. But they have long vanished.

I come from the similar ocs thread and I'm so fascinated by how Pala and Alice are very alike! Alice is much more off-putting than her but I have a feeling they would make really cute friends, because Alice has a fascination with distortion *-* I'm sure he'd love her drawings!!

Yeah likewise! they would totally find each other + the stuff they make cool! they both like recording their lives in film/art, and this is is super important to her because her powers make her slowly lose her memory, so I bet she'd love how Alice obsessively films everything, and want to learn from him about cameras and editing and such :3

i'm so happy you think the same! and so uncommon to find a character with such a specific thing in common with him! he likes to film the world and then edit it so it looks like how he 'sees' it, and he would be super interested in how Pala sees hers, even if it's not so good for her mental stability (unfortunately he wouldn't care much for that ): ) though he would relate because he has terrible memory as well... he doesn't film or do much about it though so points to Pala for actually Doing Something jfc, he could learn a thing or two from her (& honestly would be super proud of her for being Creative and getting thru her life despite being different and being bullied (cuz he can also relate :( ))

Aw ye, meeting someone who actually finds her weird maps and stories cool would be so exciting to Pala 0: She'd probably like watching his films too, and seeing aspects of her own experience of reality reflected in them? Or at least she'd feel comforted that someone else knows how it is to perceive things differently from others, and have no one believe you! Maybe some of the imagery would frighten her, the same way her own visions frighten her, but she'd believe him 100%--he's not weird to her, just a cool person with cool ideas! And ofc she'd be excited about showing him all her sketchbooks upon sketchbooks of Weird Shit no one else believes, and her giant annotated map collection hehehe

That's so adorable T_T what a cute hypothetical interaction this is... I love it, I'm glad we had this conversation

Same, this was super fun! :D I scribbled up something heheh 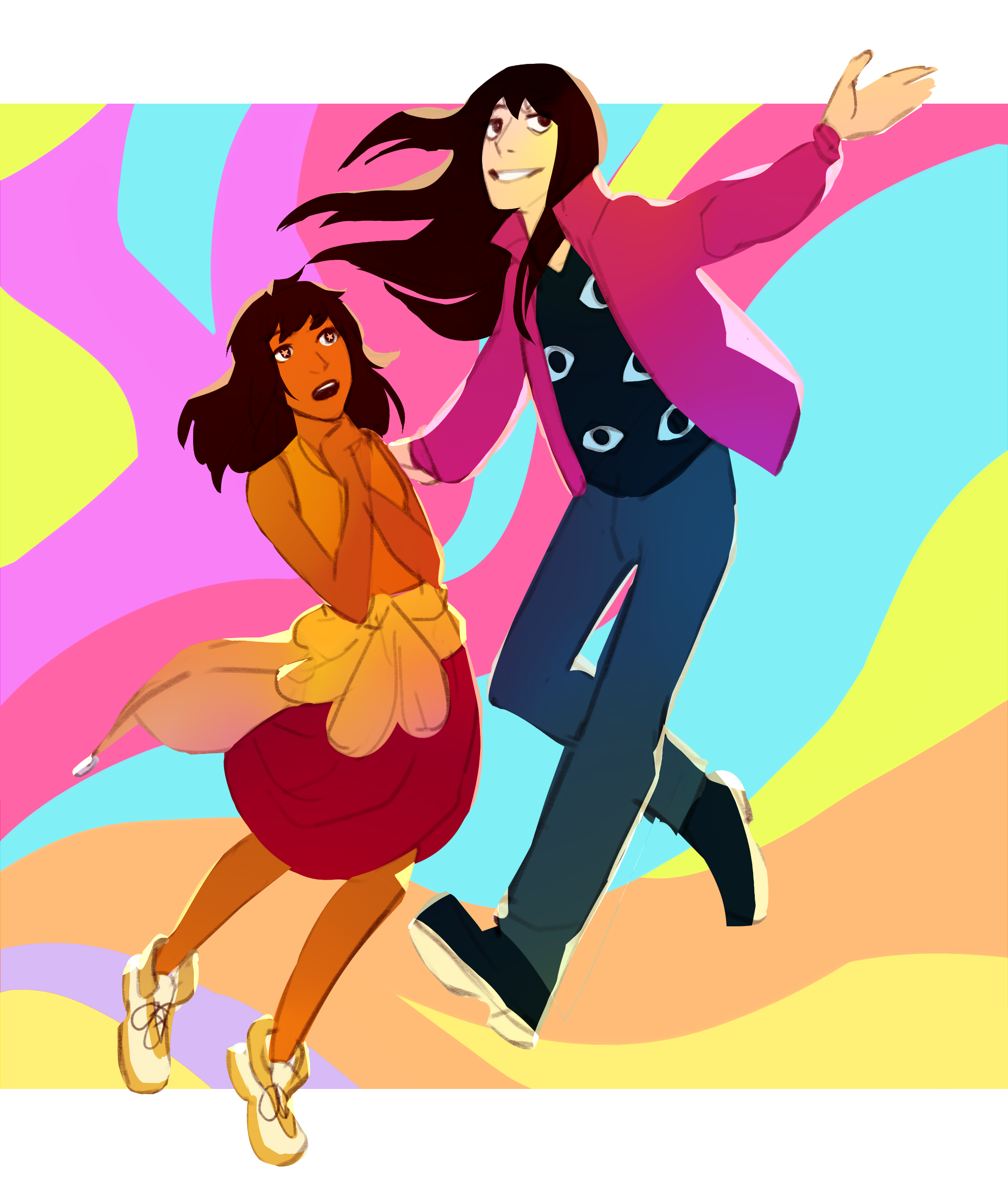