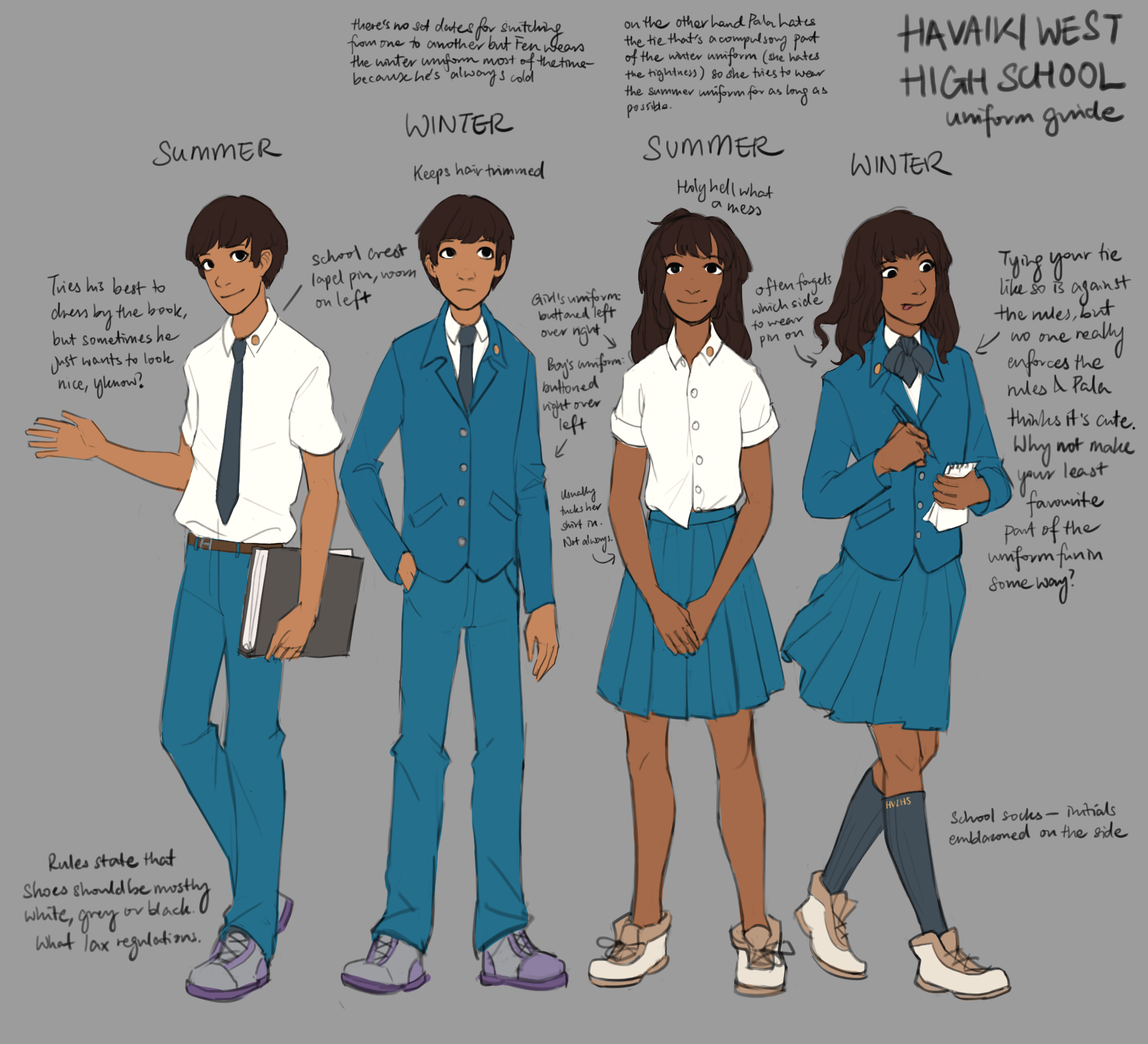 A character from my ongoing web novel, Revolving Door!
Fen is a minor! Please don't use him in NSFW games.
Personality

Fen has a lot of love to give and not nearly enough people to share with. He is understated, a little moody, and steadfast to a fault. He will stick with those he cares for through hail, rain and hurricane, and particularly would drop everything to be there for his parents and his best friend Pala.

A defender of others, Fen sees past the charm of manipulators and knows when friends are being taken advantage of. And he will not stand for it: many bullies learn too late that he isn't the pushover they assume he is. He is always the first to recognise a toxic situation and begin taking steps to remove himself, and others, from it.

On the flipside of that coin, and this is the side the coin lands on more often, Fen is quick to moodiness and impatience when things go wrong. Because his schedules are often impacted by his health, he insists on filling days with purposeful activity, and nothing irks him more than idling: he wants to keep doing something worthwhile, and can't stand being stuck. He'd rather be a caretaker than be taken care of, and would much rather not rely on others.

Fen loves good stories and possesses a broad imagination, which he satiates through a vast array of fiction—especially cartoons and comics of the superhero and magical girl genres. He has tried his hand at creating some of his own, though he never seems to finish any of his projects. In his free time, he is often eager to follow Pala into plans she hasn't quite thought through.

Born on Havaiki to two immigrant parents, he has lived most of his life here, leaving sometimes to visit his grandparents across the ocean in two different countries. Growing up with thalassemia, he was often unable to participate in physically-taxing activities with other children his age. His parents, insisting on sheltering him assiduously, did not help his chances of forming a social circle.

Adventurous in spirit but often denied the freedom to satiate it, Fen devoured a great amount of fiction in his childhood, watching the decade-old animated series that were always airing on Havaiki TV, then discovered novels and comics, which were easier to enjoy at his own leisure. He later started producing his own stories and comics in notebooks.

In middle school, rumours were spread about Fen and his frequent absence, reaffirming his desire to keep to himself. His high school classmates are not as mean, but with cliques forming and social norms governing popularity, he often finds himself being left out. No one is openly hostile, but others find it hard to relate to him through the barrier of his introversion, and often believe he is "odd" or unfriendly.

It was by serendipity that he first met Pala after school. Soon they were spending all their class breaks together, and events came to pass that led them both to hold their friendship in the highest regard.

The year they turned sixteen, Pala took up an intern job at the Promenade Hotel, and he became a part-time pizza delivery guy. One day during that fateful summer break, Fen decided to meet her before work...(the rest is omitted due to spoilers)