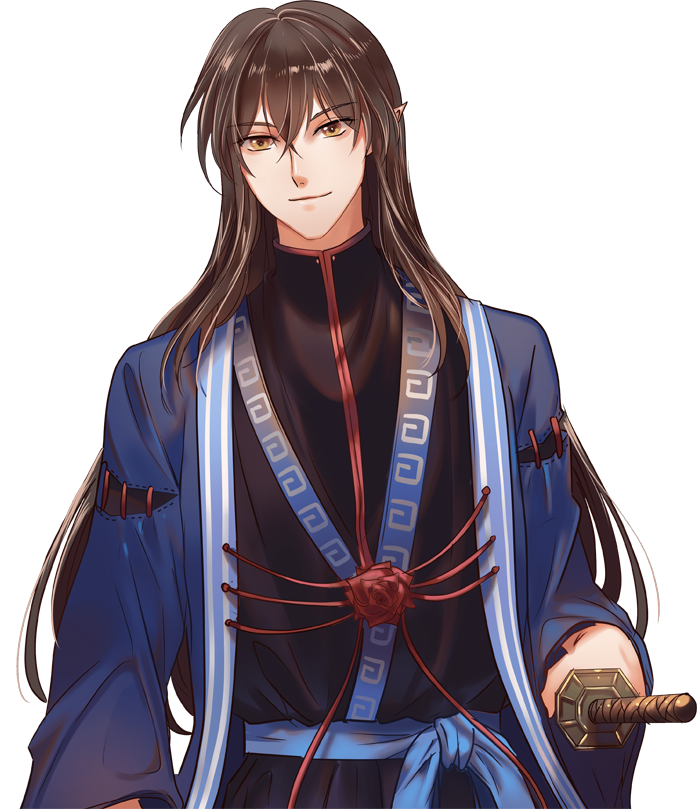 Reinku is shy, quiet, reserved, and timid. He doesn't smile around strangers and tends to keep his head down. Kyoki was a powerful dragon who was always busy at war. She fought bravely and harshly, not paying any mind towards settling down or starting a family. One day, she was told to sneak into the enemy's base as a lone woman seeking shelter. Being the loyal, strong woman she was, she accepted and commenced with the plan. When she came to the castle door, she knocked on it and was greeted by a young man named Yuka. She told him that her small town was at war and explained how she was forced to leave her parents behind. Yuka, being young and naive, took pity on her and made it his duty to nurse her back to health.

Although Kyoki was sent there to spy, she soon fell in love with Yuka. She confessed her feelings to him as he listened carefully. He took a minute to think and immediately placed a kiss upon her lips. It was only a month later when Kyoki fell pregnant with Reinku. When she found out, she vowed to stay human the rest of her life for the sake of the people she loved. Both Kyoki and Yuka were ecstatic however, the whole town was suspicious of Kyoki. Masako, the daughter of Ryuki, was jealous of Kyoki so she hired a team of detectives to investigate Kyoki's identity. Once Masako knew who Kyoki really was, she immediately told Yuka hoping he would leave Kyoki for her. To her surprise, he told Masako that it didn't matter and he still loved Kyoki. Masako was furious! She ran straight to her father telling him about Kyoki's deception. She suggested the best punishment be execution. Ryuki listened and nodded in agreement.

At midnight, guards dashed into Yuka and Kyoki's house, seizing Kyoki violently and taking her to prison. She pleaded for her child and Yuka but was not given the time of day. Out of hope, she sat there in her cell for two months being tortured with little food and dirty water.

It was finally the day of her execution. She filled her head with sweet memories of Yuka and her unborn child as crowds flocked around her to watch. Yuka was there, staring at her with tears. She gave him a final look to tell him that she was at peace. He smiled back at her as she was killed. Once the town was cleared hours later, he snuck to Kyoki's lifeless body and planted a kiss on her forehead. He then placed a hand on her swollen belly. He sat there for a while until he felt a kick. He jumped in surprise as he felt another kick. By some miracle, his child was still alive.

He picked up Kyoki in his arms and rushed her to the hospital. The nurses were reluctant to deliver a baby from a dead woman, but Yuka told them he was a highly trusted worker of the state. The nurses ran to help get the baby delivered. After hours of waiting, a nurse came out with a baby in her arms. She handed the child over to Yuka explaining that they had barely rescued his baby. She gave him a sympathetic smile and told him it was a boy. Yuka grinned at the new baby and said "I'll name you Reinku." Yuka thought giving Reinku Kyoki's grandfather's name would be a sweet memory of her.

Yuka raised Reinku the best he could as a single father. He tried to give him a happy childhood filled with love and laughter. Even after Yuka's many attempts to keep Reinku a happy child, he would constantly come home crying after being bullied by neighborhood children about Kyoki.

When Reinku turned 10, he was ready to ask Yuka about his mother. He was getting ready for bed when he approached Yuka about her. Yuka sighed and placed Reinku on his lap. He explained the struggle he and Kyoki had to go through. Reinku listened to the whole story and cried. He was sad that he had been robbed of his mother but also mad that she attempted to do something so dangerous. After he learned the tragic story of his mother, he grew depressed. He always thought of what his life would be like if none of that had never happened or if his mother was still alive to hold and love him.

Years have passed since he learned of his mother's story. Reinku has come to terms with it but still finds it hard to smile because of it.

In memory of his mother, he has vowed to fight as his mother did.

Kyoki was a young dragon who fought courageously and was never backed down from a fight. She was Reinku's mother. Reinku never got to meet her because she was killed before she had the chance to give birth to him.

Yuka, also a powerful dragon, is Reinku's father and Ryuki's assistant. He doesn't fight in battle but helps lead battle moves. After Reinku was born, he abandoned all of his duties to raise him.

Masako is Ryuki's only daughter and admirer of Yuka. She was in love with Yuka and was jealous of Kyoki. In turn, she reported Kyoki to her father and had her killed.

Ryuki is Masako's father and leader of the state where Yuka and Reinku lived. He has a soft spot for Masako, letting her make decisions for the state including executing Kyoki. 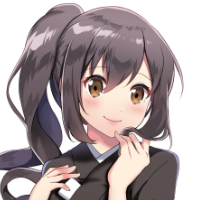 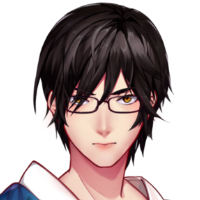