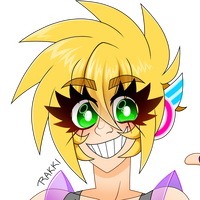 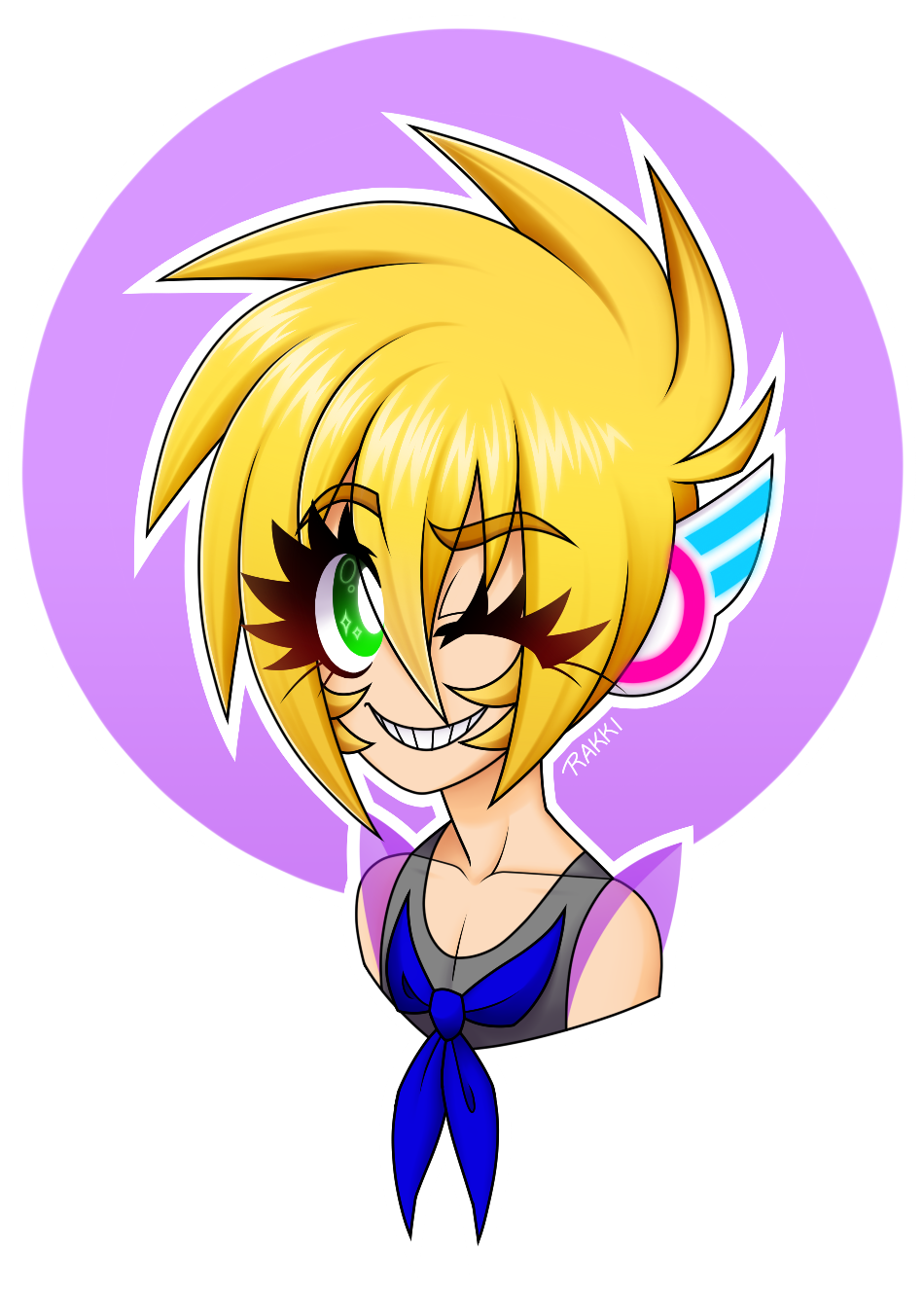 Bobbi is the first UTAU in the WOOFSOUND group, maintained by Nights.

Bobbi has large fluffy, spiky yellow blonde hair that is shaved into an undercut on the nape of their neck. The front right side of their bangs is longer than the left, and 4 smaller spikes of hair frame their face. Bobbi's also has very large eyelashes and piercing bright green eyes. Their outfit colour scheme is grey, blue, purple and pink, and when wearing thigh highs, the left sock is always seen rolled down. They are almost always seen wearing their white wing shaped earphone, and the piano keyboards on their sleeves are fully functional and glow.

Bobbi’s super friendly, energetic, mischievous and tends to fool around. They can be found grinning at quite literally everything, but will be serious when needed.

Nights is currently working on new banks for Bobbi! This section will be updated once their banks are completed. Please come back another time!

Bobbi's newest banks are being recorded with an AT2020 USB+ microphone. 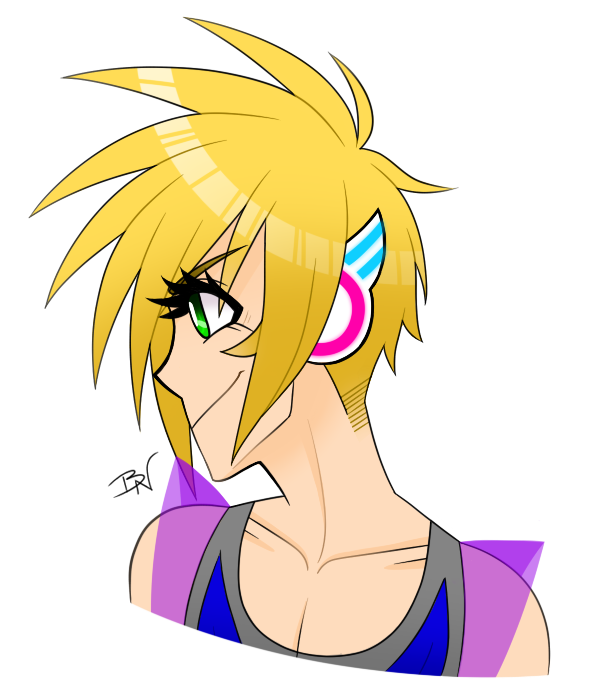 Do not claim Bobbi as your own.

Do not use Bobbi for commercial use. If you want to use them for anything that would make money (e.g. an album, merch), contact Nights.

Derivatives of Bobbi are forbidden. You can create alternative outfits for Bobbi, but do not make entirely new characters or derivatives of them.

Do not role-play as Bobbi.

Most importantly, have fun! I look forward to seeing what you create with my UTAU!