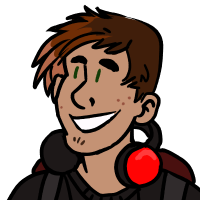 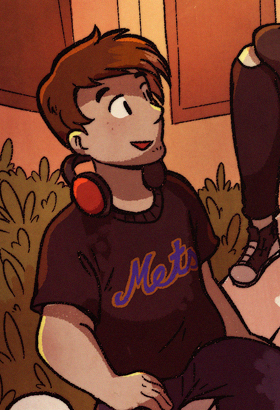 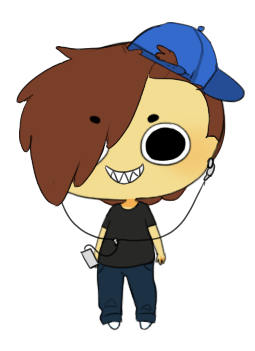 Somewhere in the space between Waldorf and Statler, Beavis and Butthead, and Pinky and the Brain, there lies Apocalypse and Nightshade-- or, as they're known by day, Jeremy and Trevor. The pair are friends who, when they're not dealing with the usual teenage problems like their asshole chemistry teacher, or their plot to usurp the tyrannical rule of the senior leading the anime club, are leading a secret double life. They could be mistaken for Catband's number one fans, but don't be fooled: they watch the band competition TV show strictly ironically, of course. The boys, under their pseudonyms, run a "Vote for the Worst" sort of blog where they pen glowing reviews of the show's least talented or most bizarre acts and try to raise fan support to keep them around, at the expense of the better acts.

Trevor is the definition of a trend-hopper and a follower, and at the moment he's a wannabe gangsta, with baggy pants belted below his ass and a flat brimmed Mets cap with the size sticker still on, in honor of his brand new bandwagon fandom. Future Hall of Famer Lastings Milledge is his favorite Met, of course. Good luck with that, Trevor.

Trevor thinks the world of his cool friend Apocalypse (Jeremy), who's usually the brains of any operation, or who subtly takes the credit for Trevor's ideas. Trevor's a little jealous of Jeremy's braces, because he thinks they could almost pass for a grill.

Trevor is thickly-built and friendly-faced, the opposite of his friend. He has a few hairs on his chin that he's trying to cultivate, but it's nothing to write home about yet.

I typically draw him in a black drop-shadow Mets t-shirt (I don't think Milledge ever got merch, so it's probably someone like Reyes, #7-- those shirts look like this) and a cap that's too big, but anything that was trendy in 2007 works for him. Wearing his jeans way too low is a staple, though, and so are his big old skater shoes.