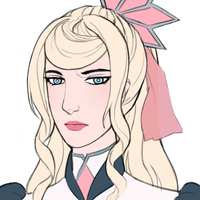 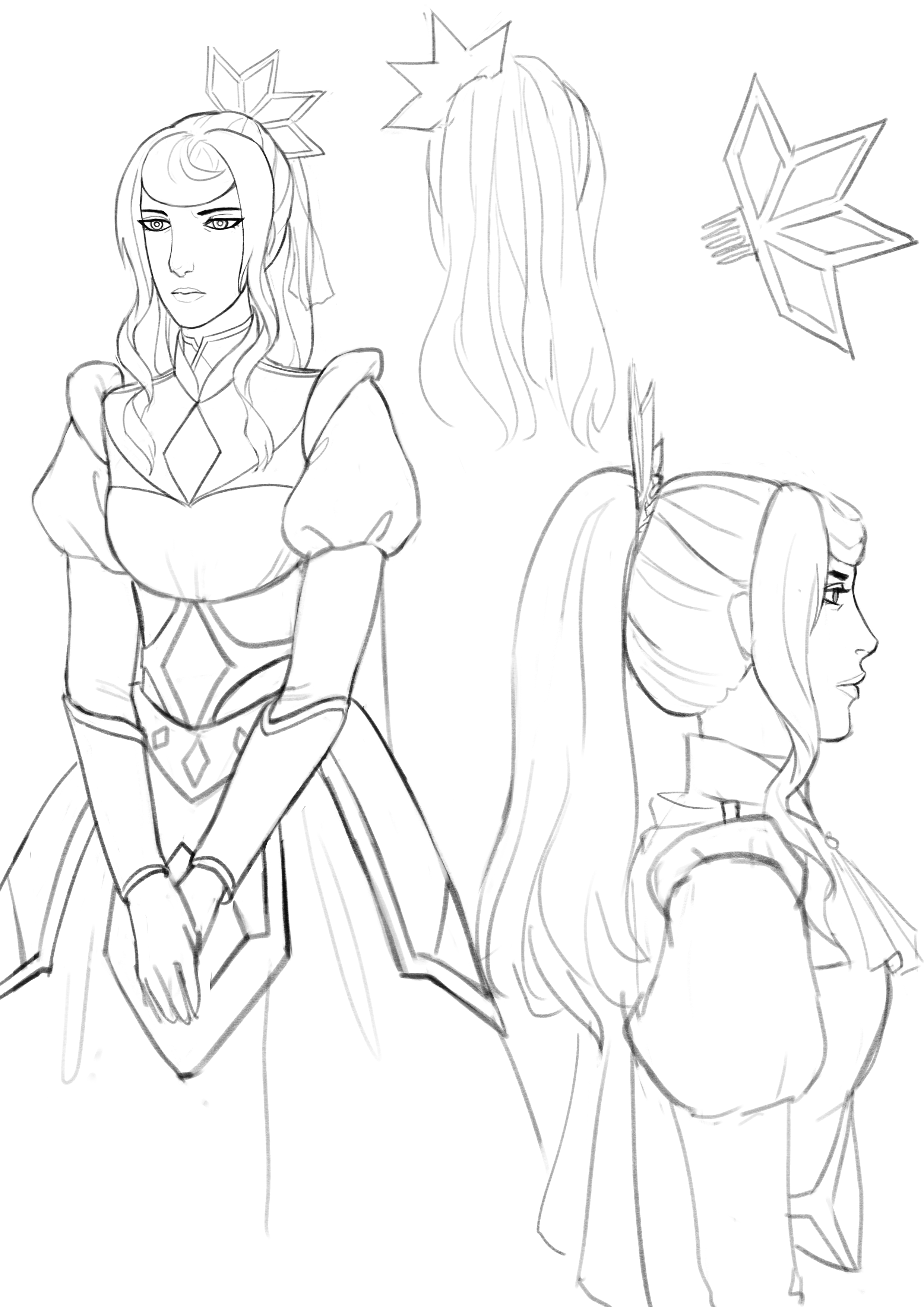 Everyone thought of Adamanta as something of a storm in a glass house, serene yet always on the brink of exploding. She appeared permanently stern and impossibly magnificent, but her ideas about statecraft were violent, and she was often heedless to the human lives they hurt as long as they promised to be for the good of the Duchy or the House of Diamonds. In private she was prone to bouts of frigid anger, but only her family and her only trusted advisor, Hiscera, ever bore the full brunt of it.

Her quick wit, and the voracity with which she devoured texts on political strategy and subterfuge in her youth, served her well when she took the seat of the Duchess. While she was a well-connected socialite before her mother's passing, she gradually lost those friends after ascending, as the precariousness of her political position forced her to sever all the bonds she had formed, now liabilities to her rule. As the Duchess of Diamonds, she was elevated above all, and found herself alone in all things.

In this isolating seat of power, she came to shed all notions of hedonism and pleasure; her person didn't matter, only the legacy she inherited, and that which she left behind. She gave herself entirely to the House of Diamonds, and to the notion that it, unlike she, had a chance to be immortal. Some call it selflessness; others call it an advanced form of narcissism in which she would irrevocably bind the glory of her house to her name.

She loved, but loved less as she grew older, her parents the only recipients of that warmth. Maybe she loved the view of the sunset over the Duchy from her window, and perhaps she considered poor, sad Hiscera dear to her.

In her youth, Adamanta was quick-minded and inclined towards her studies, learning and memorising the endless passages of history and political theory. It was through her education that she gradually came to the understanding it was the only way she would leave her mark in the history of a country where things came and went and disappeared as they pleased.

All Duchesses of Diamonds learn to be schemers in time, but Adamanta made her very life the weft of her plans upon plans. After she ascended to the seat, she became consumed with purpose.

Even her family—her marriage to Murkvane, and the conception and birth of her daughter Orobelle—became pivot points for her strategic manoeuvres. Orobelle's life was the ground on which she staked her claim on the Queendom and the glory of her house. Through machinations of various sorts, she had the Knot of Worlds bestowed upon the child, and ensured that she was positioned as well as she could be to take the throne from the House of Hearts.

These plans were brought to a premature end when Adamanta and Murkvane were assassinated. She left behind a tangled legacy of unfinished plots, vendettas, and staggering responsibility that her twelve-year-old daughter must now bear alone.