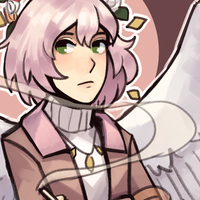 "Henri" is to Harahel what Azarias is to Raphaël; a false human identity he takes under certain circumstances. Contrary to Raphaël, however, Harahel doesn’t take much pleasure in masquerading as a human, as being alive is very uncomfortable for him. Feeling his own heartbeat is gross and being bound to the laws of gravity is impractical. Sometimes he even forgets to breathe.

Thankfully, Henri’s body keeps some advantages of being an angel: he still can’t be drunk, ill, nor killed. He also kinda likes the false identity he came up with, as he is not bound to angelic standards of kindness and politeness anymore. He is more comfortable acting like that rather than pretending he's as compassionate and serious as his true nature requires, and knows nobody will blame him for it.

Harahel only uses this form when it is useful for him, like buying stuff with Olivier’s or his parents’ money. Indeed, he isn’t fond of the idea of “stealing from honest merchants”, but sees no problem taking what he needs from the Bernards’ funds, since he considers he is part of the family. Harahel generally turns into Henri only at night, when Olivier is sleeping and doesn't need to be watched over. Henri's behaviour is very similar to Harahel's; the main difference is that he has to lie about some parts of his identity.

Overall, Henri is an aloof and well-read young "man", who tends to mysteriously appear and disappear from the city. The tone of his soft voice quickly reveals that he is annoyed by everything and everyone. His political opinions could be compared to anarcho-communism, but he isn't affiliated to any militant group. He doesn’t like to say much about himself; his last name especially is kept secret. Henri doesn't care about his appearance, and prefers comfortable clothes over stylish ones, even though his angelic nature gives him a natural pretty face.

He knows a lot about flower symbolism. 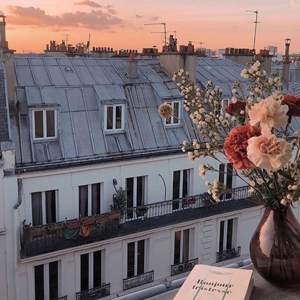 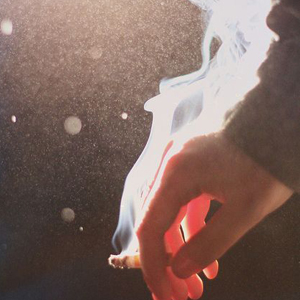 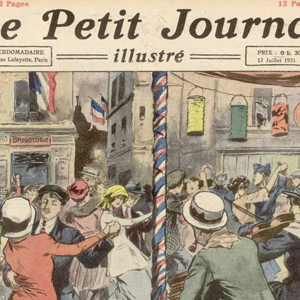 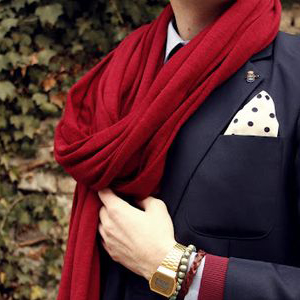