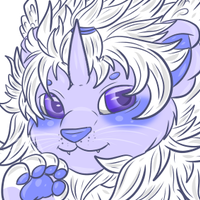 One of the nicest guys you'll ever meet, in fact, maybe too nice. Bovon is rarely judgmental and not easily upset, and even if he is he holds it in and keeps a smile on his face. Rarely has he snapped or got mad at anyone.Though he later learns it's okay to let out your frustrations sometimes. One thing that does always get him in a bad mood however, is people who assume he's some "hateful church guy who'll damn you to hell" to put it one way. Saying or assuming anything of the sort will in fact cause him to give you the cold shoulder until you say sorry. Bovon tries his best to love and accept everyone.

Bovon was born and raised in Quetzal Palace's capital city. His life wasn't anything out of the ordinary. He had two loving parents, and a somewhat rebellious younger sister. He always stayed out of his sisters antics the best he could. Bovon got straight A's in school and loved to help around the house, even learning to cook at a young age and often making meals for everyone to let his parents rest. However he might have loved helping too much, as he never made many friends and rarely went outside to play unless his sister dragged him outside. But he was content this way. He didn't feel like he needed much else in life.

One day when he was around 16, his sister decided to mess with him by hiding his backpack. She told him she hid it near the edge of the serpent somewhere in the city, and how if he didn't go get it he'd totally get detention for losing all his books. Bovon was used to her messing with him like this and he simply went to go find his bag without even getting mad. After hours of searching, he finally spotted it...Hanging from a tree that was leaning over the edge of the serpent. Luckily, Bovon knew how to fly so he didn't need to worry much about falling off the edge to a potential death. He climbed up the tree and inched across the branch where his bag rested. Below him was nothing but clouds and then ground, and the branch that held him. Bovon had reached out his paw as far as he could, and almost reached his bag...When suddenly, a flying serpent monster flew past and snapped the branch off from just it's side swiping against it.

Bovon, the branch, and his bag started to fall. Taking a moment to process the situation, Bovon's wings grew in size after he had already fallen at least thirty feet down and he quickly caught himself midair. His bag was already long gone, but the monster wasn't. Bovon could see its long body practically swimming in the clouds. He attempted to fly back to the city, but the monster flew out at him and cut his path off, nearly snapping him up in its jaws, but he narrowly dodged. Shaken and panicked, Bovon flew in to the clouds in an attempt to hide. The city was out of reach now, its flying host moving away to quick. Likely in attempt to avoid conflict with the very monster that was after him. Bovon had started to cry at this point, though his tears were mixed in with the moisture from the cloud he was in. Too scared to move any longer, he stayed put, wings silently flapping to keep him airborne. He closed his eyes tightly, and when he next opened them he was staring in to the wide open jaws of the monster. There would be no time to dodge, let alone flinch, the creatures jaws were nearly closed down on him. Bovon knew he was going to die. Or so he'd expect.

A blinding light appeared between Bovon and the mouth of the monster, temporally blinding the Lion. When his vision returned, he'd realized he was in a different location, though still near the monster who was now being attacked by some sort of white bodied, purple and pink marked, multi-eyed creature. Despite their small size, they were managing to tear in to the monster with their attacks, from claws that glowed like light and beams of energy, blood spilled from the monster and rained down to the land below. Bovon was actually more terrified now than before, did they save him? Or is he their next target?

The unknown creature finished the monster off in a final blow to the throat, and the now dead beast tumbled down out of the sky to the land below. Bovon made an attempt to sneak away, but the creature appeared directly in front of him, causing him to scream in panic. The creature got wide eyed and started laughing, then asked the Lion if he was new or something. He thought it was funny to see an angel act so helpless against a monster. Bovon told him he wasn't an angel and that he was just a normal Lion, he had no idea what the other was talking about.. This puzzled them, he could have swore Bovon was an angel...He could sense it. But...Maybe he had been wrong. He then lied to Bovon and said he was an angel, seeing as he'd have no way of knowing he was lying. He was actually a demon, but he didn't want to scare the poor kid more. (will finishwriting later) 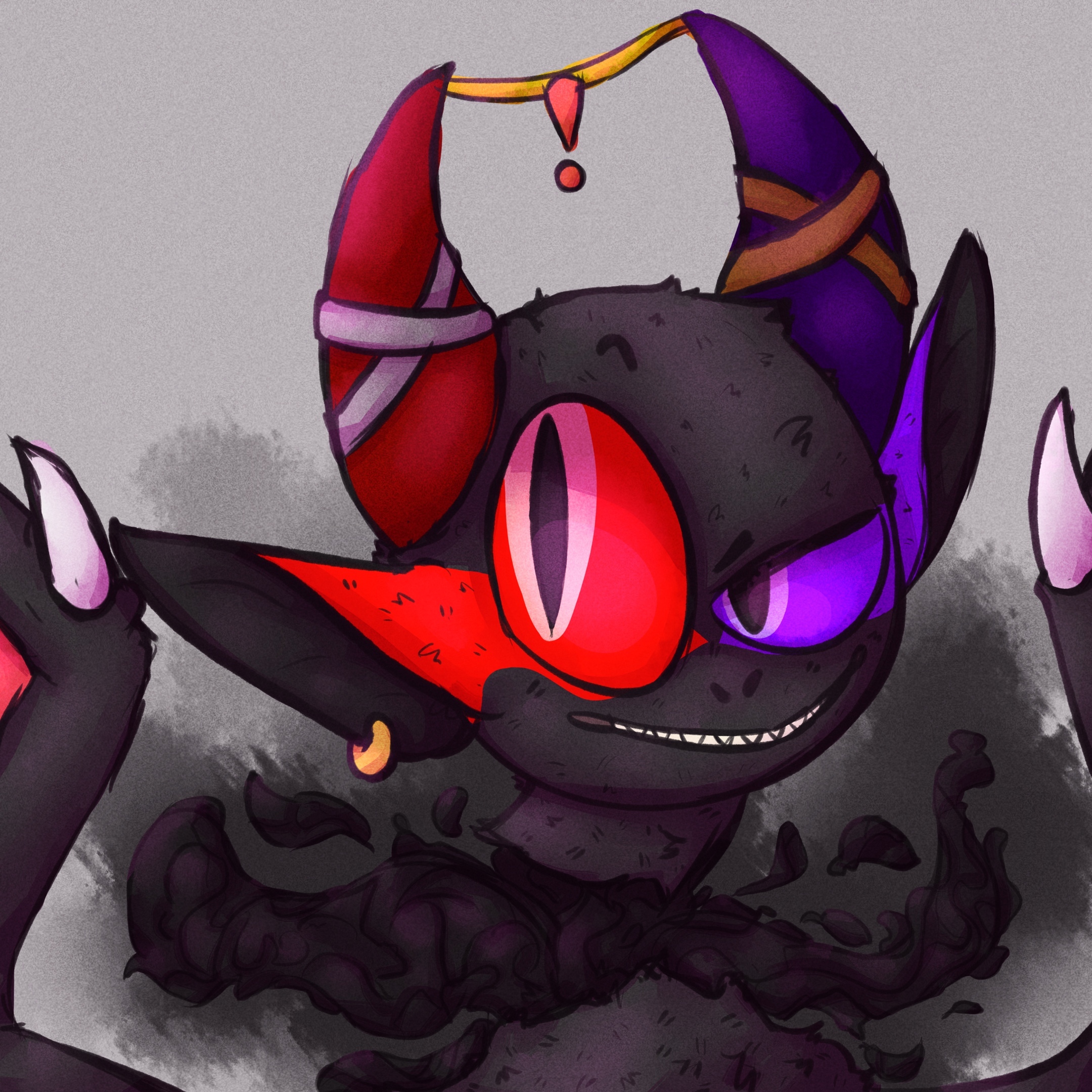 As far as Bovon knows, Xertok is the supposed angel who saved him from a monster that would have killed him. What he doesn't know currently is Xertok is actually a demon. Being saved by an "angel" was why Bovon decided to start a church. Xertok did however take on his angelic appearance when he saved Bovon. 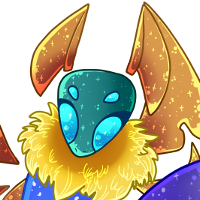 Bovon spent enough times at the fountain talking to Nuvo despite never seeing them, that Nuvo decided to show theirself to him eventually. They both hang out and talk sometimes now, but it's a secret. He's one of the few mortals to ever truly befriend the angel, one of the others being Zatarin.

The angel relative of Bovon, from several hundred years ago. He's very content to see Bovon is such a kind individual, and often makes jokes about how Bovon might be more of an angel than he is himself. Somehow, despite being quite literally the exact opposite of each other, Zynide is his best friend- His closest friend he's ever had, really. Though their differences do cause some very awkward moments. One of the few people who actually attends Bovon's church, and she's also his boss at the flower and gift shop. Bovon actually has a crush on her but is too awkward to admit it yet.