Song of the Abyss

Song of the Abyss

Child during transformation, been Esk for roughly 80 years 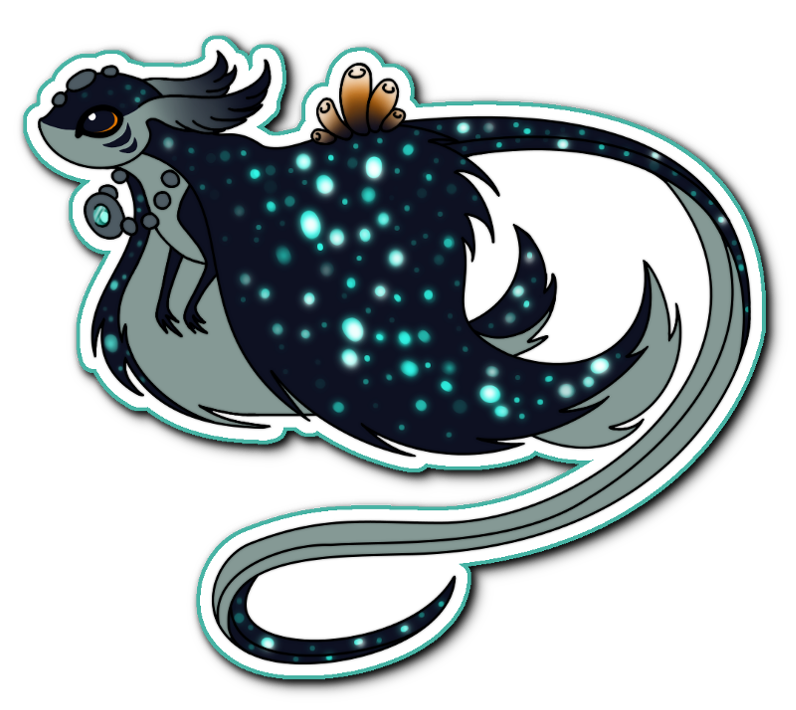 Song of the Abyss truly lives by their name by being like an ode to the oceans and their many wonders. They remember bits and pieces from their former life, but the idea that their form was something else than what it is now seems somehow really confusing to them. They feel like they have always just been them, without any labels of species, race or gender to confine them. That's why they don't really care what you call them, be it Esk or human, boy or girl; they are still just Song, a faint melody carried around by tides.

By personality Song is joyous fellow to have around. They are usually happy, curious and full of love, but still not overly pushy. If their company is not wanted, they just shrug it off and continue their endless journey through the waves. Their goal, as they would put it, is to learn every secret of the sea and sing them onwards to whoever wants to listen. They can sing to other Esk, but some animals and humans who are especially sensitive have also heard their haunting, melancholic hum. (Examples can be heard here.) The songs don't contain any words, not at least in the traditional sense. Song themselves say they are in the language of the sea, but that can be reasonably questioned, especially considering some of the Esk's personality quirks. The thing is Song doesn't seem to always remember (or want to remember) what is real and what is not. They might very well tell about their life as a dolphin, about their adventures in the oceans of the Moon or about their meeting with a mermaid. If pressured about their credibility Song usually becomes confused, maybe even sad, but not anyone has yet to see them being angry. Despite their sometimes dubious words the Esk really doesn't seem to have a mean bone in their body, but like already hinted, they do possess a certain sort of wistfulness that you can rarely get a glimpse of. Even if they seem really independent and determined in their chosen path, the Esk has after all been traveling that path alone for already nearly a century.

If you only got a quick glance of Song's appearance, you could say they look a lot like an eagle ray. But behind that first impression they are still very much an Esk: the fin-like appendages are merely fur and underneath them is a body that resembles guinea pig by both size and proportions. The neck is more defined and head more round though, and the creature has a long, flat tail and pointy false ears. The coloration is split very noticeably between under and upper side, the former being solid gray and the latter being blueish black with glowing teal-colored spots. Only other markings are soft gradient in the ears and a couple of sharp-edged stripes beneath the orange-tinted eyes. Orange can also be found from the colors of the tube sponges that reside on Song's lower back. Although immobile they are technically familiars, while the actual nature features of the Esk consist of three gray stones on their forehead and a floating string of stones around their neck. The "gem" in the middle of that "pendant" is a larger hag stone, a rock which has naturally born hole going through it. The hole is covered by a translucent, enchanted lense called Eye of Truth. If an Esk looks through the lense, they can discern if someone is lying or if there are active magical illusions around. The enchantment works only from Song's body's side, so someone standing in front of them wouldn't normally see anything special through it.

In the already rather distant past Song was a small human child. They were rather peculiar by nature and didn't really have any friends, so they directed their energy into obsessing over the ocean that laid beside their home town. They wanted to learn everything about it and for example refused to go to sleep unless their sponge diver father imitated singing of the whales for them. When a massive red tide, a destructive wave of algae bloom, killed all the sponge fields from a large area the family was forced to consider moving to inland to find new income, which naturally was a hard blow for the kid who loved ocean from the bottom of their tiny heart. In a desperate attempt to avoid moving they decided to go search for the sponges themselves; surely not all of them could've disappeared just like that? The plan was obviously doomed from the beginning. Sea wasn't merciful for the young kid and currents and waves carried them far from home, until they had no idea where they were. This wasn't the end though, just a new beginning. An Esk found the lost child and took pity on them, transforming them and giving them finally a way to be truly one with the ocean.