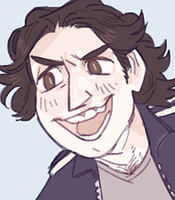 The only child of a sharp urbanite and a country bumpkin from Alberta, the ice is the only place rowdy and aggressive Tibbs really feels at home - he certainly doesn’t in Calgary, and he certainly doesn’t want to get into that. Small but agile, he’s a force to be reckoned with between the pipes, and he isn’t afraid to give an ill-advised shove either.

Tibbits is glad to finally be out on his own - away from Calgary, away from the prairies, and away from Canada for now. His mother a real estate agent from the city and his father the farmer from a family of Ukrainian Albertans who charmed her, Brent Jethro Chernenko Tibbits generally just goes by 'Tibbs'. It's a nickname he's picked up playing hockey, the one passion that's held his fickle committment and attention since he was a kid.

It isn't that his home life is all that bad; Tibbits can't really say he hasn't lived comfortably. But he feels stifled around people who have known him since he was a child, and has difficulty expressing himself around his family - maybe the new scenery won't solve all his problems, but like hell he isn't going to go and have himself a good time. And he's going to do it playing some serious hockey, finally on a stage where he can get some real attention for it.

Tibbits is an emotional and reactive guy, though he has some discomfort about being too genuine and mostly enjoys a rowdy and somewhat obnoxious personality. That tends to manifest as being easy to anger and easy to rile up, especially on the ice, where he can often be seen making rude and aggressive gestures and commentary, occasionally even getting into fights despite his position. He enjoys jeering and taunting, but isn't a particularly smooth talker and can be thrown off if his targets decide to return the favour. As a person he seems at most sometimes unpleasant, given the wrong company, but not genuinely indecent.

Despite his aggressive and forward tendencies he has a capacity and craving for softness, and at times can get quiet and morose, something he prefers to keep private from others. While Tibbits is at peace with his own identity, he often can't externalize that - he's closeted for the most part in Calgary (and in certain circles at school as well, including to most of the Sea Monsters), and sometimes feels a bit ungainly when he does get a chance to express himself. Really he prefers to just act without discussing it. Overall though he lives in the moment, and generally manages to put his worries aside and get excited about a good time. 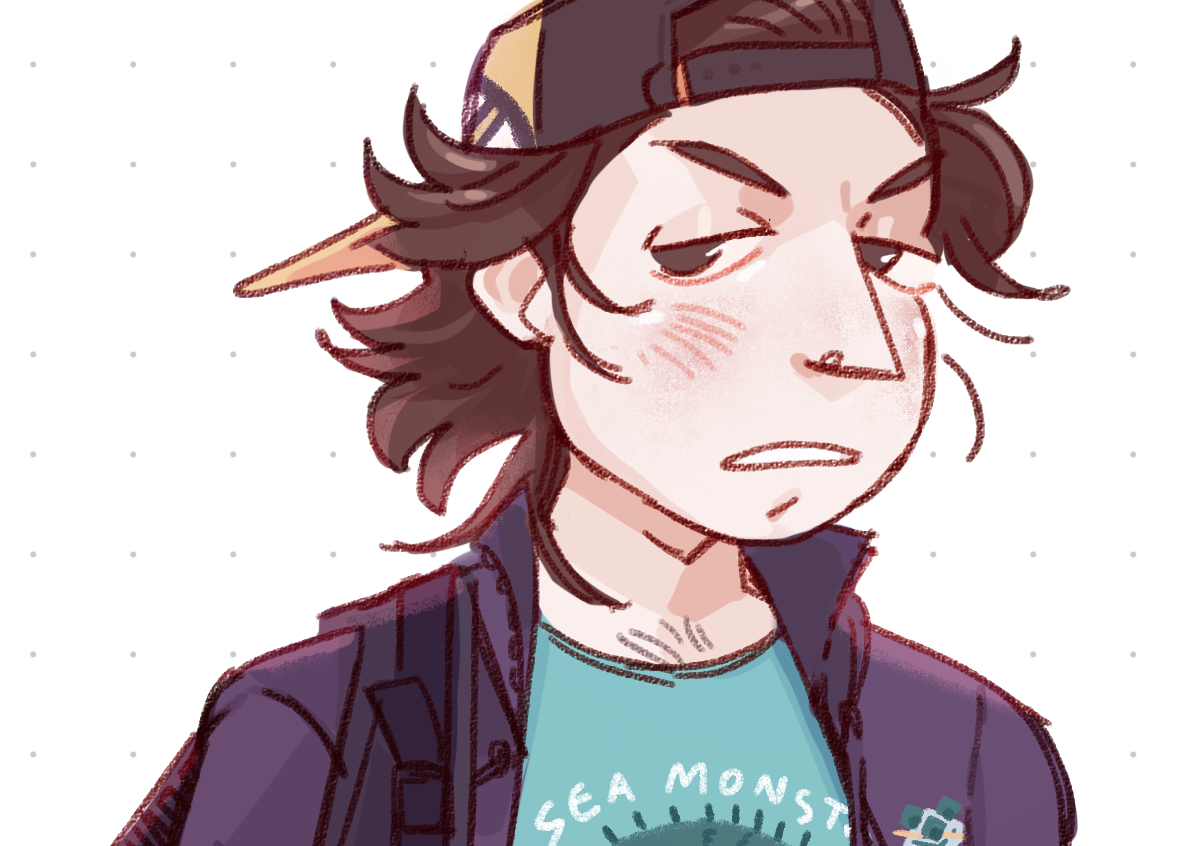 Though he is rather undersized - especially for a netminder - Tibbits is very successful between the pipes. He certainly takes it pretty seriously; he is after all much more interested in the prospect of continuing goaltending in some professional capacity than he is in the field he's only studying as an excuse to play college sport anyway. His stature demands exceptionally quick reflexes and he plays an aggressive game, often meeting the puck far out in his crease, since his body can't cover as much of the net as larger goalies' do. He's particularly skilled with his catcher, good at snatching pucks out of the air.

Tibbits enjoys heckling opposing players, though he has a bit of a temper himself when things aren't going smoothly on the ice... that's earned him a certain reputation among those who follow the sport. In fact, when he started hockey as a child, Tibbits was originally a skater, but was early on swapped to goalie when he keep antagonizing the other skaters (which is why he wears a somewhat odd number for a goalie). It hasn't really stopped him from antagonizing people though.

While he loves meeting new people and is very extroverted, Tibbits doesn't have the best luck genuinely connecting with people and forging lasting bonds. He hasn't grown deeply close to anyone - despite being unopposed to such in principle - since retreating several years ago from a highschool friendship he couldn't navigate after developing romantic feelings.

Tibbits gets on well with the other Sea Monsters, and though for the most part many of them are more easygoing than he is, they're endeared to his antics and feel confident playing in front of him. For his own reasons he can sometimes be distant when it comes to extracurricular bonding among his team members, but he genuinely appreciates their camaraderie. 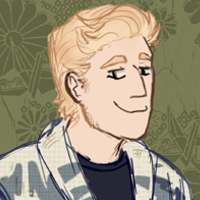 [ Rival / ??? ] Tibbits has developed an ongoing and arguably rather intimate rivalry with this irritating, handsome, and irritatingly handsome goaltender for a nearby team, something he seems to enjoy in some capacity... they certainly willingly interact confusingly frequently, considering Tibbits supposedly can't stand the guy. Perhaps there's something more to the situation than either of their teammates are aware of.

Tibbits has a soft, round face with broadly positioned features and a small nose. His eyes are dark brown, as is his hair, which he wears brushed backwards. He has a distinct cleft chin, and, if he smiles, dimples; he flushes easily - with exertion, inebriation, emotion - and his complexion tends to be somewhat rosy. With the exception of a large head, Tibbits is all around a small individual. Most of his muscle is concentrated in well-shaped thighs, with a dense but not chiseled abdomen. Exceptionally hairy from the neck down - he can't seem to grow facial hair.

His fashion taste is mostly unremarkable; he wears a lot of athletic clothing and has a fondness for team graphics. Sneakers, sweatpants, sweaters, and ballcaps are common.