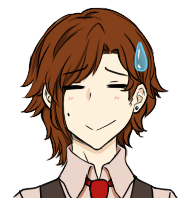 In-depth details about the Healing Cat

“Healing Cat” is an ability aimed for self-defense. Any damage dealt to Shomei’s body will be nullified for the time span of 9 minutes upon activation; as long as the ability’s cat is unharmed.
When 9 minutes come to an end, it vanishes and Shomei becomes vulnerable again.
The cat also vanishes if damage is dealt directly to it (i.e. getting shot or hit with a weapon), thus cancelling the ability’s effects immediately.

After cancelation, be the reason of it the end of the 9 minutes or damage dealt to the cat, it can only be activated again after more 9 minutes pass.

This ability can also be passed onto one or two more living beings at the same time, granting them its effect, but with decreased time for each individual.

Shomei is unable to share his ability if it’s not activated on him as well, and anyone under the Healing Cat’s effect needs to stay on the vicinity or else the effects will cease working. The maximum distance range is 30 meters.

This ability needs a good strategy and a bit of planning ahead to work on its full potential since it has lots of cons.

“People hope for peace, happiness, and to simply be themselves in their lives.
But, in reality people often become impatient or depressed from difficulties in relationships and isolations.
In such times, animals give us encouragements and comforts without voices or words.
Blue Cat can either be a real cat, another you that lives inside of yourself, or spiritual existence that protects you.
Please listen to the Blue Cat’s whisper.”

“The Healing Cat” is a book that emphasizes one’s wellbeing as something of utmost importance, be it by being taken care of, or simply by loving and accepting yourself as whom you are. I chose to make it a “support” ability due to the book’s original self-caring nature towards the reader.

Shomei is a laidback man. A deep thinker, it’s not rare for him to end up musing to himself with little to no stimulation. He has a singular point of view on some things, and since he spent years believing the cat from his ability was an hallucination, he got used to the idea of being left alone with his own thoughts.
Usually composed, he’s most commonly assigned to missions on which tension may rise up due to peril. Once focused on a task, he’s able of analyzing the situation and thinking fast to bring up the best solution at hand. However, he tends to snap and act impulsively when under certain kinds of pressure (like when he hastily proposed to his love interest in the middle of the Agency, for example).

Shomei’s memory isn’t that remarkable, but he has a good eye to detail, usually spotting things and identifying patterns that aren’t too easy to notice.
Combat-wise, his physical condition is average. Shomei usually makes use of two pistols to shoot enemies while under Healing Cat’s effect, but if unable to use them at all, he’s not physically strong enough to fight back bare-handed and deal damage, but he’s very good at stunning the opponent to withdraw. He has some basic understanding of Krav Maga.

While in the Agency, he tends to focus on doing his job the best he can, but he’s prone to try skipping work on rare occasions due to tiredness drawn from sleepless nights. He’s trying hard to fix up his messed sleeping schedule though.

Born in Kumamoto prefecture, Shomei Yoh had a rather lonely childhood. He was usually left alone home most of the time since his parents worked too much, and his only company was a domestic cat named Eva. He developed a fondness of cats due to spending a great time around her.
When he was 16, Eva ended up dying of an unknown illness and, soon after this incident, Shomei manifested Healing Cat’s Blue Cat. Although, no one was able of seeing the cat but him, so his parents and relatives believed he was hallucinating in grief caused by Eva’s death.

Shomei went through lots and lots of psychiatry and counseling psychology, but none of that seemed to have any effect. He could hear the cat “whispering” to him at times and could even touch it, but he didn’t believe entirely that it was real at all. After a while, he chose to just put up with the counseling and fake its results so his relatives wouldn’t worry nor bother him about that anymore. Shomei didn’t want the cat to leave either, as silly as that’d sound to anyone else.

For some years, he stopped seeing the cat. Shomei decided to keep his life going anyway, and having remarkable aptitude in linguistics, he majored English language and graduated at a local university, being offered a job of teacher in the same university shortly after. When the cat ended up appearing again, it wouldn’t come close to Shomei, as if observing him from afar.

Then, something odd occurred. Shomei got involved in a car accident that caused his car to explode in the collision, but he managed to leave it unscratched; neither the collision nor the explosion hurt him, and that was surely impossible. Looking around after leaving the car, there it was; the cat was observing him. After this day, he became sure something was up with that cat.

Becoming aware of the ADA which investigated paranormal cases, he left to Yokohama and came across a man struggling with a stray cat. Out of costume, he tried helping the man out, explaining him how to effectively approach skittish cats. They succeeded, and the Blue Cat also appeared, finally coming close to Shomei again after so many years. Much to his surprise, the man suddenly said:

“This blue cat of yours looks very interesting.”

That man’s name was Yukichi Fukuzawa.

» He was already a fluent english speaker before majoring for that language in college;
» His cooking skills are dubious; better have a fire extinguisher if you’re ever invited to come over for dinner;
» He doesn’t think of himself as a depressed person, but that may be half true;
» While working, he usually wears a pair of glasses (he’s farsighted);
» At all times, he's wearing a digital wrist watch;
» He nicknamed the Blue Cat “Eva” because he thought “Blue Cat” is too long for a name;
» He never debated too much on which gender he prefers when liking someone romantically;
» The Blue Cat is, indeed, a projection of his mind.