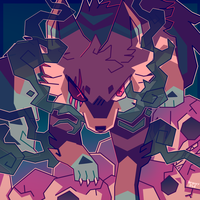 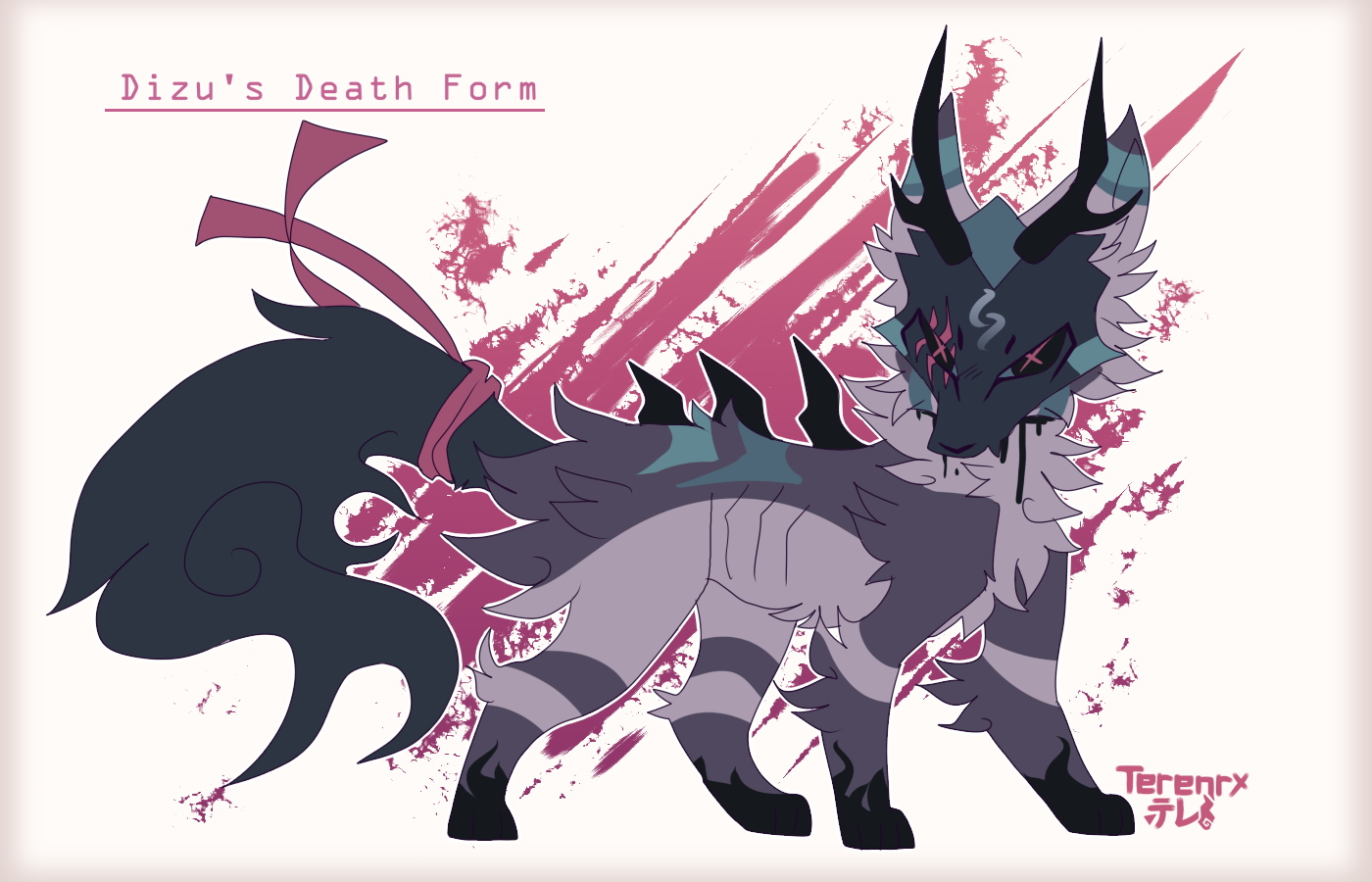 This is the tale about a lonely wolf who was consumed by the need to feast. For one to understand how this insatiable hunger came to be, we must first delve into the tragic events of this wolf's past. Filled with destruction, deception, and immense death.

~• ACT 1 •~
It was a time when peace and harmony reigned over the lands. Stretching far and wide to maintain the beautiful balance of life and loss. Five distinct clans coexisted during this time.

The Katon Clan, soldiers of the sun and wielders of the fire. Fur colored as if they were licked by flames and a fighting spirit that burned fiercely.

The Doton Clan, masters of the land and farmers of the Earth. Individuals that breathed life into the planet as they breathed the life it had given them.

The Suiton Clan, craftmen of the water and the waves of the very sea. As calm as the currents that weave through the forests, yet powerful like an ocean's tsunami.

The Futon Clan, eyes of the sky and conductors of the air. Warriors that wind through the clouds and soar to new heights.

Lastly, the Shion Clan. Although they are without elemental aid like the other clans, the Shions are masterful hunters. For what could make one stronger than overcoming the disadvantages?

As differing as these clans may be, they are in fact all related. A couple long ago gave birth to 5 beautiful babies, each gifted uniquely but loved equally. They grew strong, independent, and sought their own paths—packs that they would led themselves. These packs flourished and bloomed into the clans known. Sadly, times of good tidings did not last for the clans. It shall never be known when exactly misfortune bled its way into the cracks, but once there...life changed for the worse.

You see, a severe famine swept the lands. Food became devastatingly scarce, and it prompted heavy decisions to be made by the clans. They went their separate ways in an attempt to survive the famine. It was impossible to coincide whilst combatting the evident starvation of their clans. All seemed well and content with this decision, all except the Shion Clan. Without any elemental aid to increase the success of hunts, it left the Shion Clan at a significant disadvantage. One that did not go unnoticed by the other clans.

They were seemed weak. A waste of space and resources that could go towards the more deserving clans. Foul were their intentions as they hunted the Shions, eliminating their competition. All but one sole puppy who managed to be spared by God of the gruesome eradication of his clan. Or maybe he was damned, bearing witness to the carnage firsthand as it bore into his memories. Instilling the need for revenge.

~• ACT 2 •~
Though he escaped the annihilation of his clan, Dizu was dealt a damaging scar to his right eye. Embedded claw marks that served to remind Dizu of his hatred towards the ones responsible. This hatred and his anger filled Dizu's soul, leading him down a path of bloody vengeance. He made it is life's mission to kill each and everyone of the clans.

Dizu's thirst for revenge began as that, but with each kill he committed, he lost sight of his original intentions. The cries for mercy became amusing. The attempts at escaping became thrilling chases of cat and mouse. The blood he'd taste on his fangs would become sweeter with each kill, blossoming into a hunger fit for the beast Dizu soon turned into. Time never ceased to continue as the numbers grew. Dizu's terrorizing could not be stopped it seemed.

The clans tried everything possible to stop Dizu's streak. Traps, lures, acts of ambush...nothing came close to stopping Dizu. Even if injured from their attempts, Dizu would ignore his wounds and attack. He was hellbent on making his enemy's hearts perish ultimately. Had the clans not found ways to hide from this onslaught, they would likely all be dead.

Amidst it all, Dizu was not actually alone. A presence lurked close to him as he made bodies drop around him. A presence commonly known as “Death”.
One could say Death was Dizu's only friend. Wherever Dizu went, Death trailed not too far behind. The bloodshed practiced by this one mortal intrigued Death. While Dizu claimed the flesh and blood, Death claimed the souls. Unbeknownst to Dizu, both served as an efficient team.

Through the dark times that plagued Dizu, an unexpected glimmer of hope shone in the distance in the form of a female wolf.

Dizu couldn't believe it, but his sight did not play tricks on him. She wore the unique colors and pattern deigns of his fallen clan. Something that could not be mimicked or fabricated.

They locked eyes, but then she fled. Dizu immediate took chase, needing to speak to her. He needed to ask questions. Why was she there? How had she survived all this time? Were there others? Dizu ran after her as though she were the last speck of light to exist in a world of darkness. Death, however, tried to stop Dizu. Death seemed to know something Dizu did not.

Alas, Dizu's abrupt decision to follow her served its task. She baited Dizu and lured him into a trap set by other clan members. A carefully thoughtout ambush that perfectly ensnared the clans' tormentor.

The clan members took pleasure in leaving Dizu in a bloody state, barely alive and left in the middle of the forest to die alone—a death fitting for the monster he had become.

Death caught up with Dizu after it all and appeared before the dying wolf. His condition moved the collector of souls. For what reason remains unclear even to this day. Nonetheless, Death proposed a deal to Dizu as the wolf laid defeated.

“You have created and travelled a path of darkness your entire life. Now, I offer you, Dizu, a chance to become one with that darkness. Become my successor. Collect souls whilst hunting with the life I am bestowing unto you.”

Although no response was given by Dizu, the gaze they shared was answer enough. Death merged with what little life remained in Dizu, becoming one. New life was breathed into Dizu as he rose once more.

Now he would hunt for a new purpose. Damned with a body that cannot perish by the claws of those who seek to end him. Adorned with a mind that still longs to find answers to the questions never spoken.

(ORIGINALLY WRITTEN AND CREATED BY XIRESAW522)
(CORRECTED AND EDITED BY Z3N)