Aatami is a Globinite, who was recruited by the Metamo captains after his home planet, initially unwilling to join into the cause, fell under Meteo's eye. He's one of the taller crewmembers on the ship, and his quiet and unfriendly attitude, tall, lanky figure, and odd, semimorphous anatomy makes him one of the more unsettling members of the crew. Being the representative of Globin, he's most familiar with the atmosphere of his home planet, and has a particularly difficult time adjusting to that of others- rarely leaving his room for this reason, particularly during sparring matches.

Despite seeming so stoic and unemotional, Aatami is actually quite nervous under his outer shell, and is remarkably prone to panic. Anxiety attacks are surprisingly not uncommon for him, but an observer who doesn't already know Aatami probably wouldn't be able to tell- even if he's breaking down completely internally, his external panic cues are not very obvious. Similarly to the ambient noises on Globin in danger, Aatami's pulse quickens and he begins to breathe more heavily than usual, shaking a little in his worst moments of panic. 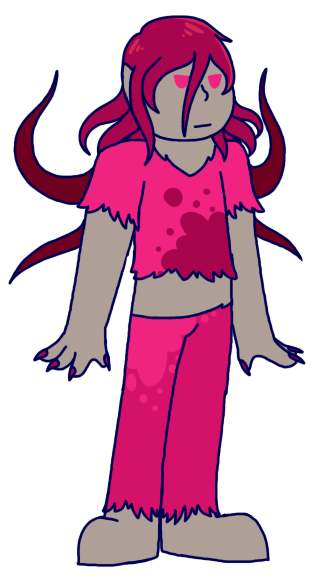 Aware of Aura's crush on him to some degree, he's thoroughly confused by it but isn't one to outright deny her. He is noticeably a little softer around her after she got him to open up a tad- just a tad, though.