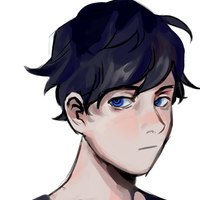 Caleb is a nineteen year old male with messy short black hair and dark blue eyes.  He's a bit on the short side but not abnormally so.  Caleb almost always wears short sleeved clothing regardless of the weather.  You will never see him in any kind of coat, even in the dead of winter.

Caleb is an ice gifted and is able to create ice from both his hands and feet.  The ice he creates has a very slight blue tint to it which makes it distinguishable compared to naturally occurring ice.  Caleb is able to mold any ice he creates into any shape he wishes as if it were clay.  He is unaffected by the cold and the ice will not melt while in his hands.  If thrown the ice will not shatter or be knocked off of a surface like natural ice.  Rather it will flatten and spread across the surface and attach itself to it.  Caleb cannot mold ice he did not create himself but he can keep it from melting.  Caleb can easily shatter any small bits of ice with little effort and has done so accidentally in the past.

Caleb has a very good control over his gift but this quickly falls apart while under stress.  He will uncontrollably freeze the ground around his feet and freeze anything his hands come into contact with.  Caleb is not immune to falling on the slippery surface of the ice.  Caleb prefers colder temperatures and is affected by hotter temperatures very easily.  He overheats very quickly and is unable to use his gift until he can cool down.

Caleb is typically passive and quiet, preferring to keep to himself and stay out of trouble.  He dislikes conflict and is not one to stand up for himself if he feels as though the odds are against him.  Caleb does not develop hatred for people who wrong him, rather he grows to fear them and will do everything he can to avoid them or avoid further mistreatment.  Caleb can be extremely pessimistic and carries no hope for himself or others.  Although he doesn't want to upset others his pessimistic attitude often bleeds into conversation.

When in a sound place of mind Caleb is level headed and careful, not one to make rash decisions.  However he tends to overthink things, putting more stress on him.  He is never quite sure of himself and often regrets his choices.  Stress and fear can cause him to shut down emotionally.  When his happens he finds it difficult to find any motivation to do anything or even have an opinion on anything around him.  Its an unfortunate defense mechanism that makes it difficult for him to face problems when he feels overwhelmed.

Because of his careful, calm and seemingly collected nature Caleb is often burdened with the task of leadership in his small group despite how much he doubts himself.  While Duncan and Asher tend to trust his judgement he often butts heads with Alex who almost always has a very different view than him.  Although Caleb believes it would be detrimental to admit it, he has grown to dislike Alex.  Since Alex has proven himself to be impulsive, emotional and selfish it doesn't take much for Caleb to convince others to side with him. Caleb is well aware that his so called 'leadership' is unstable and he must not push things too far.  He has to know of people's limits and what they will and will not do.

Although Caleb is very introverted he will spend time interacting with others.  He does not like to be alone, even if he is not always directly interacting with the people he is around.  He is often lost in his own mind and finds comfort in his own ideas whether they are just concepts or physical creations.  He will happily spend the majority of his time working on sculptures and just taking in the background noise of people around him.  When someone takes interest in what he is doing he becomes embarrassed and closed off, making him come off as cold and rude.  In reality he enjoys the attention but simply doesn't know how to take a compliment.

Caleb was born into a religious family and lived a typical, albeit a somewhat strict, childhood.  He was often plagued with guilt due to perceived 'sins' and never felt good enough.  Although kept it to himself and his parents were unaware.  One of the biggest issues for him was the fact that he had no attraction to girls and silently struggled with accepting himself for years.  To this day it is still something he keeps to himself but as to why he is unsure.  Unbeknownst to his parents Caleb switched from 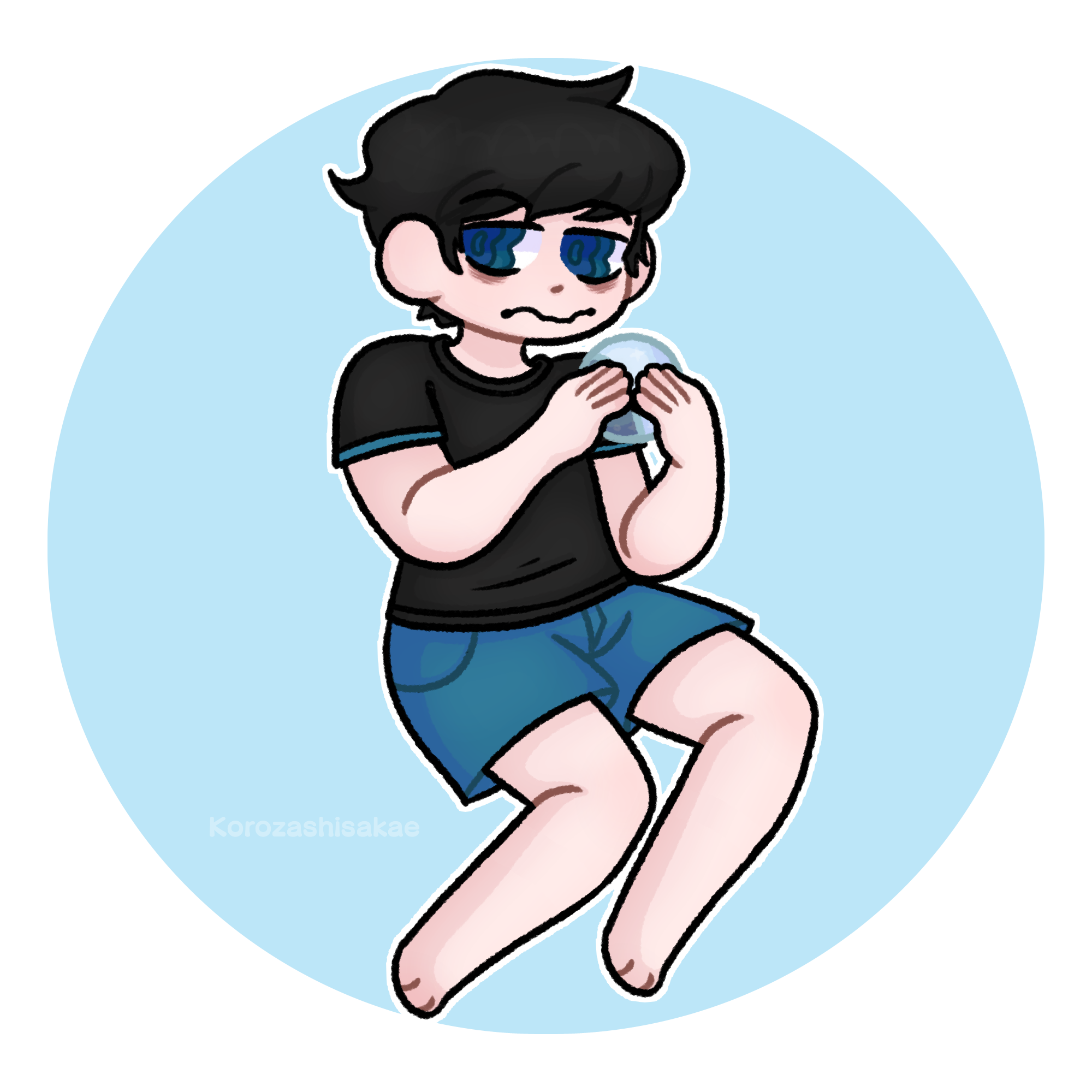 Christian to atheist and grew a hatred for the religion despite acting as though nothing had changed.

Regardless of his differing views he still loved his family and was usually very well behaved.  He did not get along with his sister very well as most siblings do but at the end of the day he still cared for her.  Unfortunately his time with his family was cut short by a car crash that left everyone but him dead.  Caleb believes that the crash was caused by him and his sister having an argument and his dad, who was driving, looked back to scold them and therefore did not notice the truck that had lost control.  Caleb blames himself for the death of his family and carries a huge amount of guilt.

Caleb went to live with his grandmother who was not very keen on welcoming him into her household.  She did not give him any comfort and even went as far as to shame him for not getting over it soon enough for her tastes.  For once Caleb actually enjoyed the hours spent in school.  He could stay away from his grandmother and distract himself with work.  At least his improved grades made her happy with him.

Caleb was extremely depressed and always sought out places where he could be left alone.  Due to this he eventually crossed paths with someone who had the very same goal to be left alone.  He met Asher, a boy much worse of than he was.  He could understand why no one had stepped up to help him at all.  However it became clear very quickly to him.  Asher was for withdrawn and fearful it was nearly impossible to get him to even respond.  He must have been too much of a burden for anyone to care about him for too long and they just gave up on him.  Caleb however had nothing else better to do.

Slowly but surely he managed to gain Asher's trust and the two became inseparable.  It got to the point where there was even rumors about them being a couple, which made Caleb very uncomfortable.  Asher didn't seem to be bothered by it but then again he didn't seem to be bothered by most things people thought about him.  Asher eventually opened up about his home life.  Appalled by the stories of abuse, Caleb reported it to authorities.  Asher stopped going to school after that.  Although he knew it was the right choice it still sent Caleb back into a spiral of depression.  The stress caused him to loose control of his gift in public and resulted in his capture.

When Caleb was first made he was a total rip off of another character owned by a different roleplayer.  I was a young kid taking way too much inspiration from others and little experience in making characters.  He is absolutely nothing like them.
Caleb's original gift was electricity, I do not remember why I changed it.
Caleb's last name is just some random town's name I happened to pass through while trying to think of last names for several of my characters.

Caleb’s pupils DO NOT HAVE SPIRALS IN THEM. The first person who drew him puts that in pretty much all their drawings, it’s an art style not a design choice!  Then people just kept doing it.  Caleb has NORMAL BLUE EYES WITH NORMAL PUPILS.