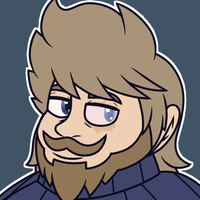 This character is a work in progress. Information may be missing or incomplete.
"I'm gonna...kill him..."

Prior to Chapter 5, Davin is lanky in build, also showing that he's underweight. He has dirty blonde hair and has some facial hair growing under his chin. He wears a hoodie that reads "LAKSO," overlaying a diamond. His sleeves consist of red, blue, and light blue stripes. He wears jeans that go over his socks. He wears sneakers with blue shoelaces and stripes. During Chapter 5, his aura is more threatening and appears mostly angry now. He receives scars around his left eye, causing his eye to turn red.

HISTORY
Prior to his story

Tale of the Dankiglic: Visions

Tale of the Dankiglic: Chaos