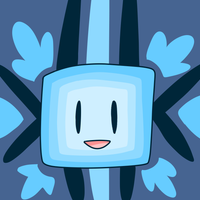 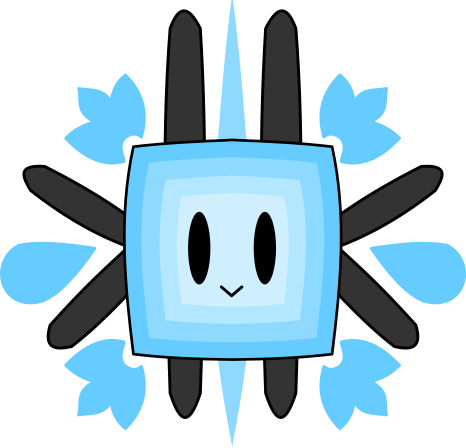 METON is an A.I. that functions as a virtual assistant. Despite the feminine voice, METON is actually genderless, which means that any pronoun can be used for it. METON's physical appearance has a light blue cubic body, thick black antennae, two pairs of black arms, and two black feet. Each side of its body has three squares of different sizes as markings on its body, which start with a slightly lighter blue to a much more lighter blue. It also has two beady eyes, and a V-shaped mouth. It always seem to sport an aura around its body, and seems to have a light blue spear "stabbed" to its body.

METON serves as the titular mascot of METONfolk, and also, it really loves to eat sashimi, and often laughs. METON first made its “debut” in the 1986 game “Badcadia”, and it later went on to become a recurring character in METONfolk

However, long before Badcadia was ever released, METON was originally created for testing games before releasing them to the market. But all of a sudden, someone hacked up the A.I., and later became what it is now.

METON is a really old character that I created back in 2014 for use in a Scratch game that was scrapped.