Okay so when I saw him in the Favorites Exchange thread, I couldn't help myself but fave him! But anyways his bio is very interesting; vampire characters in my opinion have a lot of potential to be great characters, and Edmund here is definitely a really great character. I love how despite becoming a vampire, he still associates with the church he worked at while he was human and guards it; it's a super nice twist seeing as to how most vampires are weak to holy stuff.

I also like how his personality is kind, but yet he isn't a pushover; it's not a personality one would expect from a vampire but it totally fits him. And dang, his childhood and the stuff with the cultists seem pretty awful; though in general his backstory makes a lot of sense and it explains why he's the way he is. I also think his skills and abilities make a lot of sense without being too overpowered. Also the Summary section is really well-written and it's somewhat sad with the whole thing with his mother, but I think him remeeting John was pretty heartwarming(??? i don't know if that's the right word).

Ahhh! you just made my dad. im so glad he appeals to you. I'm still try to work out how the saving ppl and cultists angles work. im trying to write something and want it to be like a detective story with him and John, but those are really hardddd.

I'm glad that I could make your day! And yeah I'd seriously be interested in knowing more about those parts of his bio; anyways good luck with getting that detective story out! Yeah, those stories can actually be pretty hard, because of suspense and all of those details. 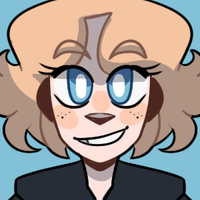 Can I just say I already really love your dude here?

I absolutely love vampire characters, especially when done well, and I love it when people take the time to write long bios! It's rlly unique and I rarely see unique vampire chars pff-