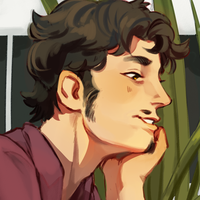 HEADS UP.. due to the nature of the genre of the setting (crime organizations) there are mentions of violence and death in this character's bio! Only proceed if you feel comfortable about these topics.

*note: "older brother" isn't to be taken literally... think of it as just a higher ranked member