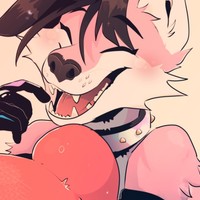 Young and tired, Alexis joined the ranks of the Church of Ashmedai as a weary soul. His life had been continuously stressed with challenges - largely centring around his difficulties with anyone taking him seriously. Due to his feminine and naive appearance it was a continuous obstacle trying to get others to respect him in any way.

He sought out solace within the church after a particularly devastating event, only to be approached by the head priest himself. Octis listened to Alexis' woes and sensed within him a viable target as a new permanent patron.

Promised respect, dignity, and power, Alexis was quick to leap at Octis' offer. He is still a young prodigy learning the ways of his new role as a demon. Often times he must be dragged away from the church's most vulgar resident, Turbatio.