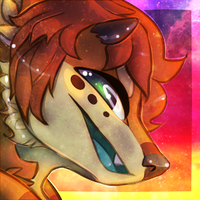 In life Dever was a miserable guy. Though he was born blind, his disability soon became the least of his worries as he had an extremely weak immune system. His stints in the hospital caused him to miss out on a real childhood and his personality reflected this. He became cold, bitter and antisocial; traits that followed him to the afterlife when illness finally claimed him. When he passed, Dever became a demon and now resides in the Otherside city of Daysend. He remained blind and a lingering feeling of illness stayed with him as a grim reminder of how he died. He, quite uniquely, can weakly control wind. He usually uses his powers to sense the area around himself for navigation.