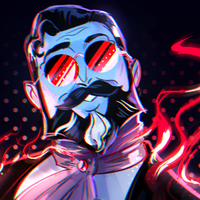 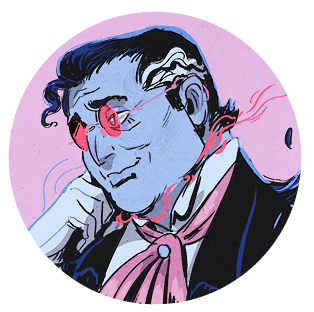 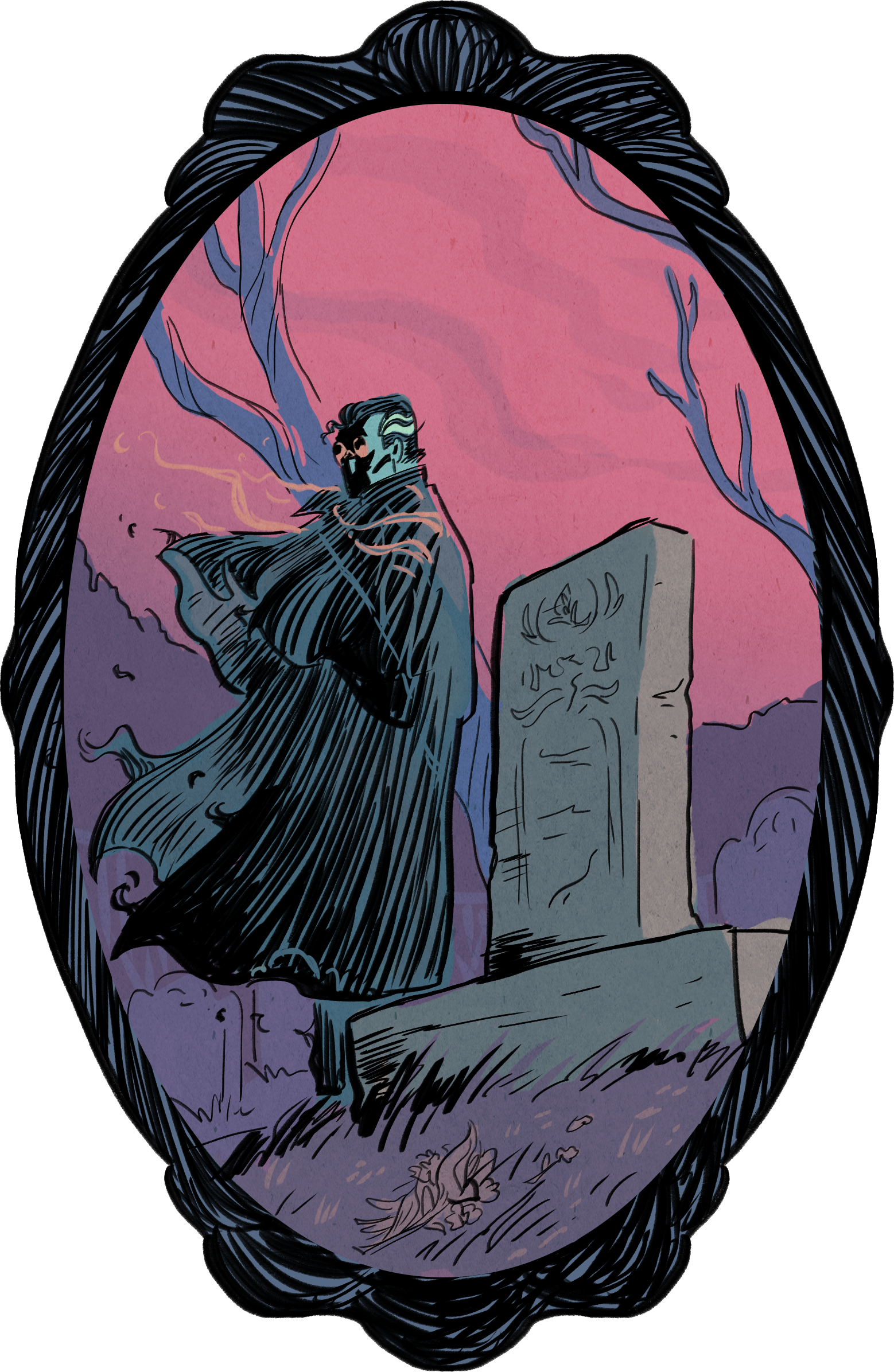 Waite belongs to the Widderwood worldbuild and lives in a New England, Victorian-esque town that harbors a nearby forest with many cryptids.

Waite was the only surviving son of a successful family until he met a heated end after being a continuous embarrassment to their name. He spent his days working as a head clerk to his family’s tea import company and personal affairs, as well as gardening flowers, collecting storybooks, and secretly learning about the occult. While many he knew held amicable feelings about him, the more rigid society he was forced to try to represent saw him as vulgar, stubborn, and much too strange to fit in with the rest of his breed. High society ended up being too cut-throat for him.

In the end, he was adopted by the black shuck that haunted his final year. He now exists as a barghest, comfortably accepted by the fae he was curious of in his prior life. Post-mortem, his job shifts from apprentice to equal support when helping other fae, as well as book repair for the library his partner is commissioned by.

In terms of temperament, Waite is determined if not stubborn, emotional, and excitable. He can be quick to anger but is just as quick to cool off. When meeting strangers he puts on a very stern air, making him appear intimidating. The second he can tell a individual isn't a threat, he quickly shatters his mask to reveal his upbeat softness. Despite how difficult he can be, he is overly loving and gentle with most.

Waite is short in stature, muscular but padded with fat. He's active with a strong build but has some chronic pain issues with his legs, requiring him to need a cane occasionally or to take opium. He is near sighted. All of this carries over into his afterlife.

He was trained to be fairly rigid in stance. Most of his personality comes through his talkative hands.

*= difficult for him to control. Automatically becomes invisible to most humans in regular spaces, automatically visible to other fae unless he focuses and exerts energy.
**= difficulty manipulating anything in human spaces, completely solid in fae spaces. If he focuses, he can phase through/remain solid depending on the environment, and can localize this effect to one part of his body, such as his hands.

Having a sizable collection in his past home and eventually afterlife, Waite obviously has a passion for books. With his natural storyteller voice, he likes to read aloud to others to pass time. Very particular with how he keeps his books by organizing them by subject matter.

He can also be caught singing to himself when cooking for Deg and likes to do small crafts with his hands, like sewing or knitting.

~Loves animals of all kinds, gets excited when he sees them
~Collects fairy tale, occult, and animal husbandry books
~Repairs book bindings as a hobby~Shows high excitement by flapping his hand(s)
~Fidgets often
~Presses flowers in most of his books