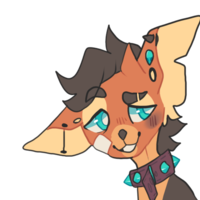 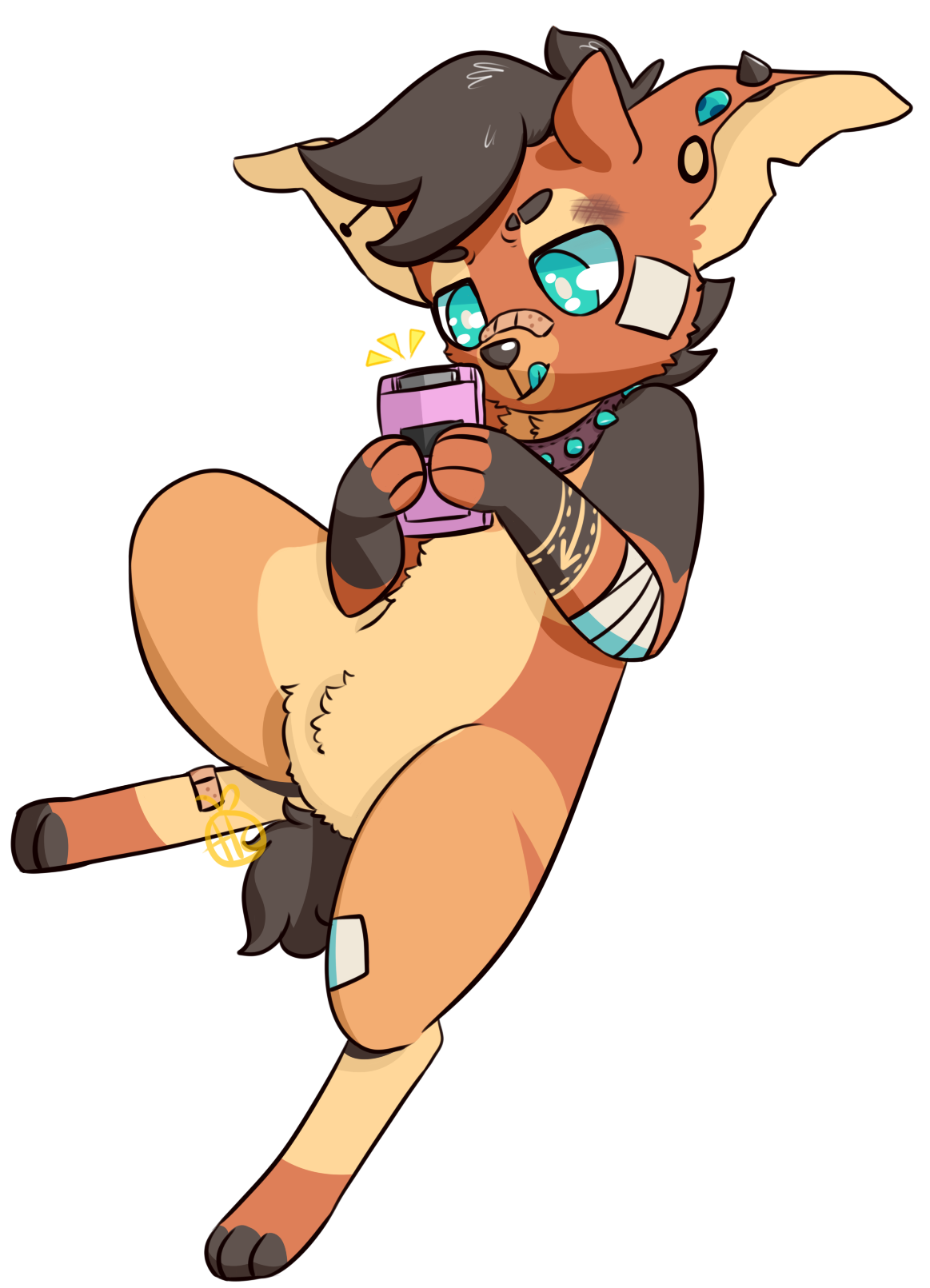 Orange is a friendly dog who has always loved laughing and cracking jokes just to get people to smile. Ever the optimist, he’s almost always smiling. Despite his charming demeanour, however, he’s quite insecure and tries to mask this by being as charismatic as possible. He also finds himself getting into trouble quite often, as not everyone appreciates a light hearted joke or a friendly smile, and is rarely seen without a bruise or a bandage. Evidently, this happened to be the reason he found himself as a demon wandering through the Otherside. Eventually he came to the city of Daysend where he was taken in and cleaned up by a friendly angel named Eli. He qiuickly learned he was one of two mortals who had been known to become demons after death. He has very weak powers that allow him to control earth. This manifests only in light ground tremors around him when he’s anxious or upset.