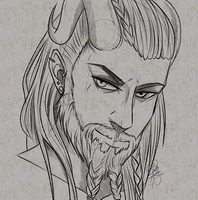 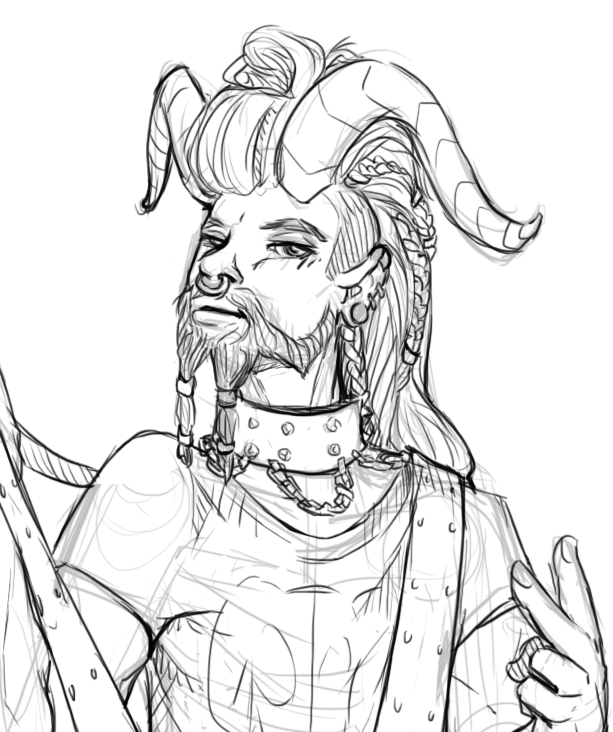 Aryx is a "hellbull," a member of a sort of demi-demonic race that is half human, half bull, and vastly more dangerous than either.

As a hellbull, Aryx is almost like a reverse minotaur--human from the waist-up (not counting their horns) and bull from the waist-down. Starting at their waist, they have thick, deep-brown fur covering their legs, which end not in human feet but in large black cloven hooves. Their bull-like brown tail ends in long black hair. They have human-like hands with naturally black fingernails, matching their hooves.

Sprouting from their forehead are two large, black, gently curving horns. Their black hair is styled in a mohawk, the back of which is quite long and much of which is styled with braids of varying size, and decorated with beads in different colors and materials (steel, bone, etc.). When displaying male characteristics (see "gender" below), they also have a mustache and beard that is styled into two sections secured with more beads.

Staples include band shirts in varying condition and torn up jeans or likewise torn up denim shorts. Usually some variation of band hoodies, denim vests with band patches sewn on (battle vests), and/or leather jackets. Lots of leather accessories (including varying collars and wrist cuffs), straps and chains, studs and spikes. Large steel rings (such as the grim reaper on their right middle finger). Several piercings in each ear and a steel hoop through septum. Piercing in left eyebrow.

Identifying as genderfluid, they are able, through magic, to shift their physical characteristics at will. This allows them to have a body matching whatever their current gender identity is. As such, it is not at all uncommon to see them with feminine characteristics (breasts, wide hips) one day and masculine characteristics (facial hair, flat chest) the next. It is also posible for them to appear gender neutral, without apparent characteristics of either, as well as both (though this last is very rare). As they've gotten older, however, they've found they prefer their masculine form above any other and spend most of their time in it.

Aryx fights with a labrys, a double-headed battle axe gifted to them by their father. They can summon it to their hand with a few words spoken in a long-forgotten ancient language, as taught to them by their uncle.

Ozzy Osbourne - Not Going Away

Lordi - Candy for the Cannibal

To give some idea of Aryx's wardrobe. 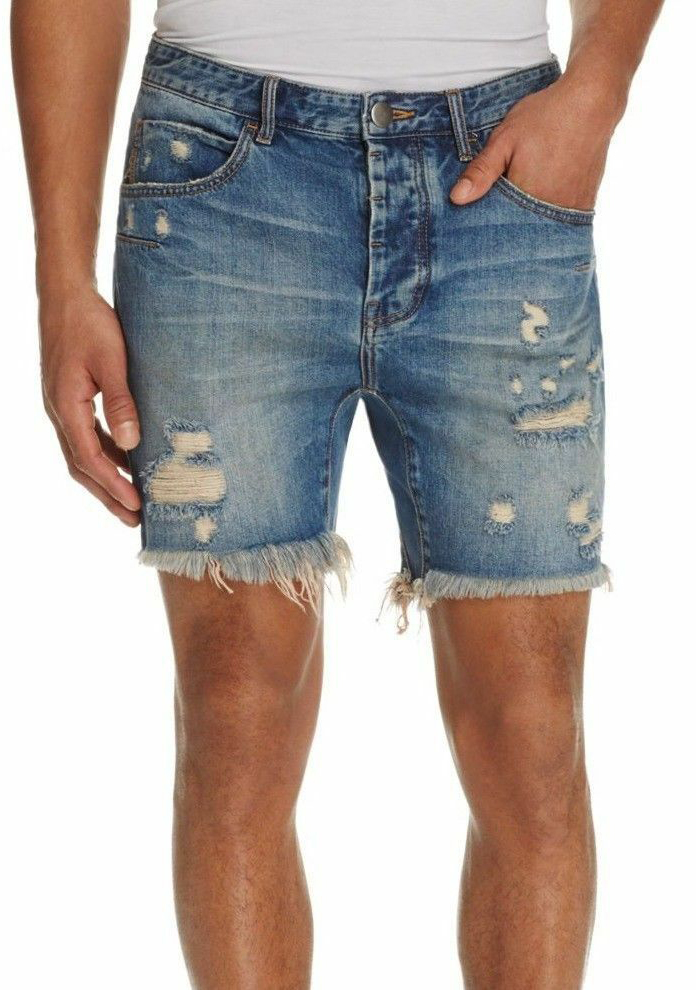 portions of profile code by Eggy