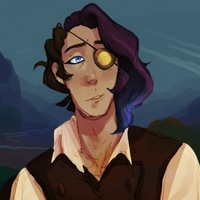 "You Are More Human Than You Know."

Pre-arc: Weenus is probably too average for his own good. Although born intersex, he was a planned child, and an only child, treated very well and loved fully by his parents. Weenus was born to the name Arche, and had an average life. He worked as a librarian until the age of 29, where he took intense passion and interest in robotics, which he has been working on robots for the past 13 years. Before his passion for robotics, he had a reputation being somewhat of a 'womanizer'....

He met a fellow Scientist named Faustus, and worked in cahoots with her for a long time until the two fell into love.

After years of research, a scientist by the code name Weenus had finally created a mecha suit for humans to operate in; a robotic suit to help save humans. But with his time being all put into robotics, he had neglected his duties as a father, hence his son Nick grew up alone with a woman known as Dr. April. An eventual guilt set in, and Arche knew that he needed to become closer to his child, so he opted to move into the large labratory with Nick and April. Unfortunately, while conducting A.I. experimentation at the lab, Arche accidentally trapped his mind into a computer, leaving his physical body braindead. While trapped in the computer, April blamed Nick for Arche's 'death', and Dr. Faustus began to try and get Arche back from the virtual world. As per his request, Arche's livelyhood was hidden from the public until he was able to re-enter his physical body six months later. Upon returning to the physical world, Arche further learned about what had happened to his son, Nick, and murdered April in a blind rage. Her murder was covered up by Arche and his wife, and the man does not remember committing the murder.

Arche is the stepfather of Matilda, the husband of Dr. Faustus, and the father of Nick. Although Arche does his best to try and get Matilda and Nick to get along, they just seem to really fucking hate each other, much to Arche's surprise. Arche tries to spend as much time as he can trying to help Nick overcome his mental issues, but has some difficulty understanding his son's pain to its true extent.

-Has at LEAST four kids. Used to not pay child support.

-Poor coordination in walking, stumbles over himself a bit

-Birthname is Arche after a moon in the solar system