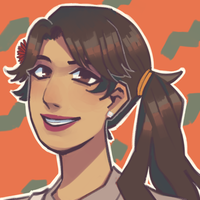 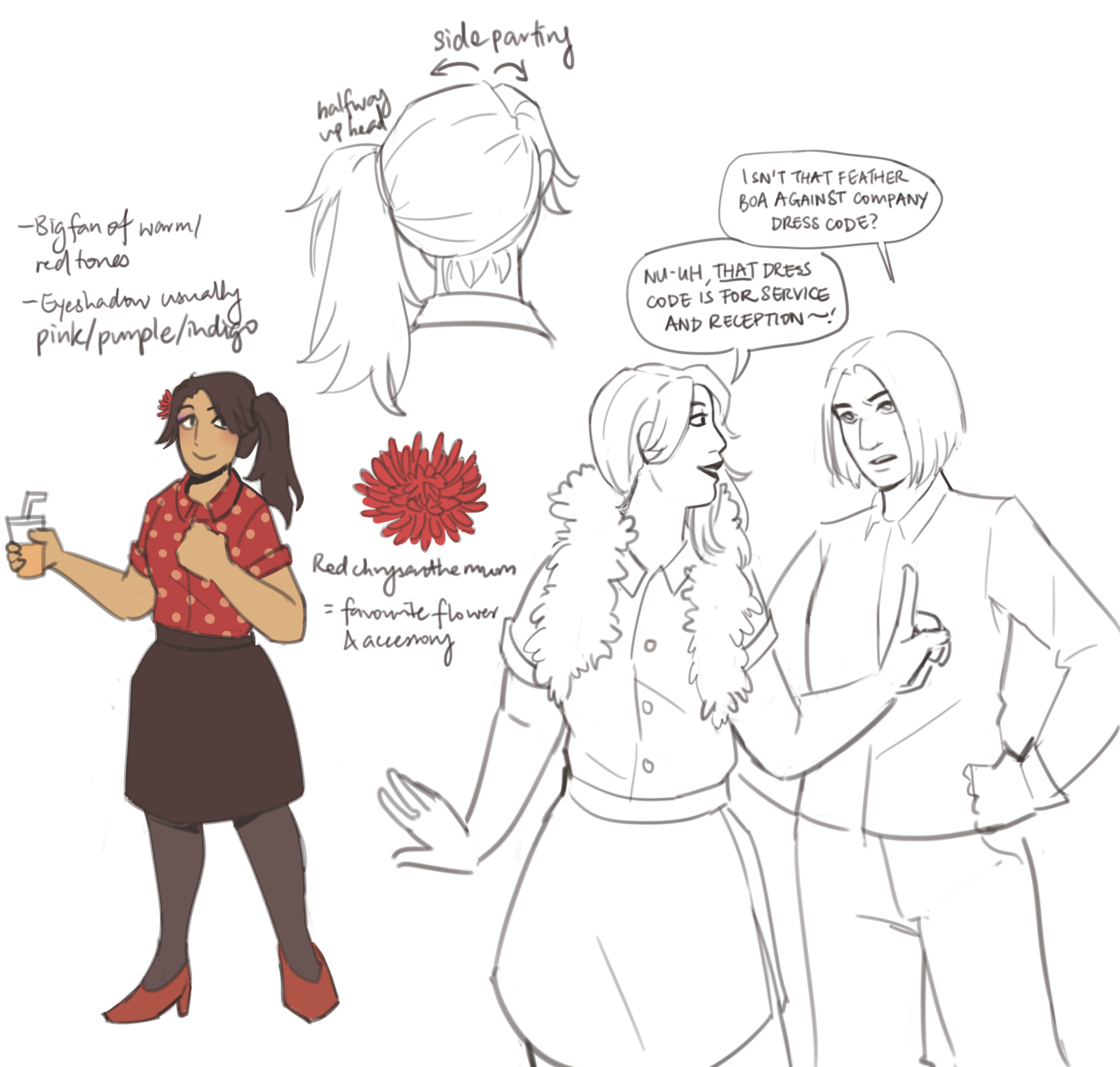 Ayaka is always ready to jump on the next trend. Sweetened seaweed bubble tea just became the in-thing here, and you bet she's already its biggest connoisseur.

Brimming with decor and lunch date ideas, she's the only thing keeping Peyton's colourless management style from making itself felt in the Red Lotus Hotel's public image. She has more of a fashion sense than the rest of the hotel's management combined, and that suits her just fine. She stands out from them like a flower from the fields, and has become their mascot to the service staff.

Ayaka wears lots of reds, browns and oranges: truly reflective of her warm, rouge personality. Every now and then she'll throw on an unusual accessory to mix things up, though she consistently wears (real) red chrysanthemums, either in her hair or as a brooch.

She holds a bit of an uppity attitude towards those under her charge; only fellow managers and heads enjoy the privilege of lunchtime rendezvous along the river, while service and reception are relegated to the realm of "good morning"s in the halls and perfunctory birthday wishes.

Ayaka was born on the island to a fairly well-to-do couple, and grew up in a neighbourhood south of the Havaiki River. Her parents separated when she was nine; without her father in her life, her mother hadn't the force of personality to control her choices and activities. She got employed at Kahe Mau'u (a favourite haunt) at fourteen, where she got familiar with the Red Lotus employees who passed through during lunch hour, none of whom could resist her natural waitressing charm.

In the end, duty or a desire for an anchor brought her back to her previously vague ambition of getting a degree. She started in hospitality and then transferred into management because she couldn't stand the classes. Then she tried for a job at the hotel of her dreams. Ultimately she thrived because of her dual background (and the connections she had formed), and became its assistant manager.

Part of the reason she made it that far up the management chain, though no one wants to admit it, is her pep and charm, which serve her well in addition to a reasonable work ethic. As a worker, she certainly can't compare to the likes of Kahi, their workhorse HR manager, or the former financial controller and new hotel manager, Peyton. But she's got a flair for public-facing interaction that Peyton could not possibly do without, with their stiff and oftentimes bumbling demeanour.