Casper was born to young parents in 1324. They didn't have the means nor knowledge to care for him and so he was given to a nearby monastery and was raised until he was of age to leave and join the military (or the equivalent) when he was 18. Casper was killed in combat when he was 38, killed by an arrow to the face from a point blank range.(1362) He doesn't really know what happened after that exactly, but he reincarnated, a he calls it, and was missing an eye, and had a limp. Presumably from when his horse landed on him when he was thrown off it during the battle. Fastforward to 1438, and Casper marries a young woman called Margery Jourdemayne. They love each other dearly, and their son is born in 1439. Margery is arrested on suspicion of witchcraft in 1440 and executed for heresy in 1441. Casper tried his best to raise his son, but he fell sick with an unknown malady soon after he turned five, eventually succumbing to his illness a few days after his sixth birthday. Casper moved out of the town he was living in and ended up in the states, but would end up travelling the world going from place to place, whilst simultaniously figuring out his abilities as he went.

He eventually found himself back in Britain, where he met a lovely young man who went by the name Finnegan. Casper was immediately smitten with the man, though he seemed a little hesitant, and the fact that Finnegan was at that point engaged, AND was a devout christian, made it a little harder. Casper is nothing if not persistent, and ended up befriending Finn by going to his book store almost daily and being a general nuisance. Finn invited Casper to his wedding, which, yeah, ouch, but he attended anywho. He was sweet on the man, and was sure that Finn was at least a little into him as well. When it came time for the wedding, Casper, as usual, couldn't keep his mouth shut, and objected, only to be surprised when Finnegan agreed, and then suddenly they were on a date. A year later, Casper moved in with Finnegan in an apartment above his book store. Fast forward two years and it was the day of their wedding, and thankfully nobody objected this time. Two years into their marriage, and Finnegan proposed the adoption of a child. Casper, unsure, took a little break to think it over, and ultimately agreed, though was a little wary. Finnegan was so excited, though, so Casper couldn't help but feel excited too. They ended up adopting a six year old boy called Sebastian, who Finnegan adored. Casper had a very hard time connecting with the child, and as a result he seemed to come off as awkward and cold around him. Having lost his son at the same age as they had adopted Sebastian, who coincidentally also looked similar to his son Phillip, Casper almost actively shied away from spending time with the boy. Every time Casper looked at Sebastian, all he could see was Phillip, and he felt awful that he couldn't stand to look at his son any more than he could at a dead cat at the side of the road. It took him years to establish a proper connection with the child. Sebastian was selectively mute up until he was around twelve. He had learnt to speak, but never tended to do it when other people could hear him.

Teleportation He himself can teleport to anywhere that he has been before, and places he hasn't, but he doesn't want to risk teleporting himself inside a wall or underground. He can also teleport other individuals and objects.

Party trick B) With his age, comes a host of party tricks. He learnt many instruments and little nuances to many things over the years, which come out when he has the chance to entertain a crowd.

Immortality Although unsure of what his actual origins are, Casper knows he can't die. At all.

All in all, Casper is a friendly guy. He doesn't tend to judge based on looks, knowing he's got no right to, considering he's got one eye and exudes a weird feeling. He is annoying and persistent, and although his voice is pleasant to hear, despite his tendency to smoke several cigars a day, he can be a nuisance. Overall, he's a good guy, all he really wants is someone who's willing to cuddle him on the couch while he cries about The Lion King, which he found in his husband and son.

Casper, unsurprisingly, is pretty damn depressed. Living for a long time, watching everyone around you die or leave? Yeah, it has the tendency to wear on someone's mental health. All Casper needs is a little TLC.He was born in the year 1324. After he died in combat, he was reincarnated as an entity. He has attempted suicide before. He swallowed an entire bottle of pills, washed them down with whiskey, and sat in his bathtub for six hours until he passed out, but that only made him have an awful headache, and throw up repeatedly for the next few days. He's given up since then.

Despite having already died once already, it doesn't prevent Casper from getting injured. His healing may be faster than that of the average human, but not by much at all. If a human broke an arm, it would take around 4-5 weeks to be fully healed. Whereas if he broke his arm, it would only take about 3-4 weeks. He tends to be lackluster in his own needs, as he still does need sleep, but will only go if he is dragged by his husband. Finnegan Prince • Husband
Casper's archangel boyfriend, whom he adopted a son with. 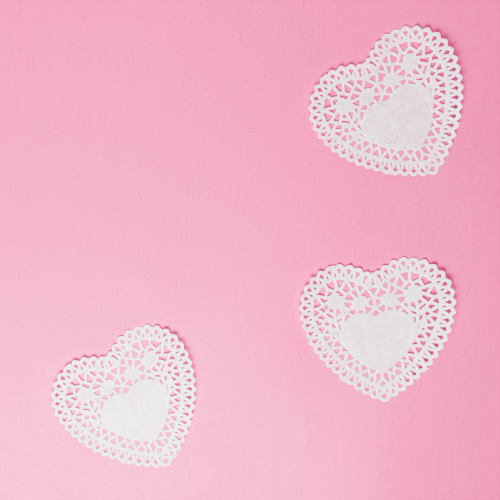