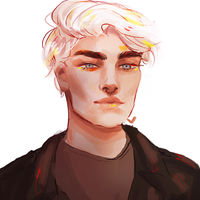 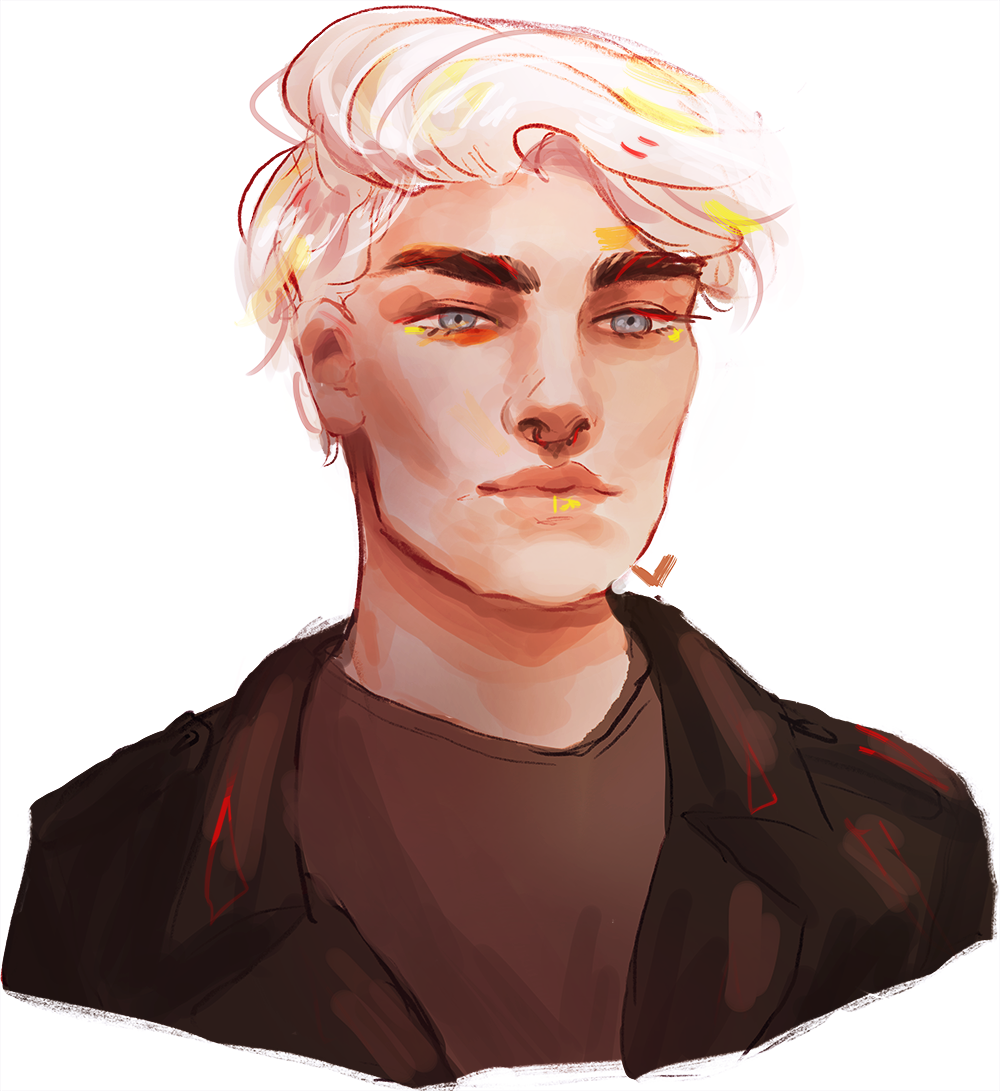 「 PERSONALITY 」
Isaac is the textbook definition of "unpredictable". He can only be described as an impulsive mess on legs, people often finding themselves growing nervous whenever he's in a position to make an important decision. According to Isaac, being "forever young and beautiful" isn't the only upside to being a blood sucking corpse, the light haired vampire forever relishing in the fact that the human race are nothing but pawns upon his supernatural chessboard. Mischief may as well be his middle name, his favourite pass time being to mess with unsuspecting humans until he gets bored, only his antics are on a higher and much more concerning level than you may think. It's fair to say that Isaac is rather immature and has very little to no remorse towards anyone he isn't close to. He has a very sarcastic nature, known to never take anything seriously as life seems to be nothing but one big game to him.

「 APPEARANCE 」
‣ His natural hair colour is platinum blonde, ranging from medium to medium long.
‣ He often dyes it white whenever he's bored, known to rock tiny ponytails should it get too long.
‣ Silver coloured eyes, makes his brows dark for some reason.
‣ Tall and gangly body type, more or less 60% limbs.
‣ Sometimes paints his nails black, wears a full face of makeup on special occasions.
‣ Wears plain tees along with his favourite long black hooded jacket.
‣ If his jeans aren't suffocatingly tight then he's not interested.

「 FACTS 」
‣ If he was in Hogwarts, he'd be in Slytherin, his patronus a raven.
‣ Doesn't mind he/him pronouns, but he doesn't identify as male. Identifies closer with agender.
‣ Weed and tequila are a winning combination.
‣ Hates small talk, will most likely walk away.
‣ Gender roles who?
‣ Is a sucker for astrology.
‣ Isaac is pansexual with no real preference.
‣ Loves dancing drunk with strangers at parties.