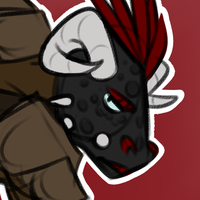 Teihsi-Jai is a very shut-off man who does not enjoy the company of others. That is, unless they are flashing a sack of gold in his face. He regularly hires himself out as a mercenary, often handling tougher cases that will reward him with more gold for his troubles. As well as this, he both works with the Thieves Guild below Riften, taking jobs with them when things are slow, as well as commandeers a small crew of pirates who work at the Windhelm docks. Between all his professions, he rakes in quite a large amount of wealth, but will never share it with anyone.

The only person that Teihsi regularly interacts with outside of his crew is a Khajiit named R'jhera who is also in the Theives Guild. He finds him intriguing, yet incredibly annoying at times as well. Regardless, the two often find themselves engaging in idle chat when things are slow in the Guild. Unbeknownst to Teihsi, however, R'jhera is also part of the infamous Dark Brotherhood, a group of assassins who he deeply despises for taking business from him.